The Left shows their disdain for Ann Coulter… 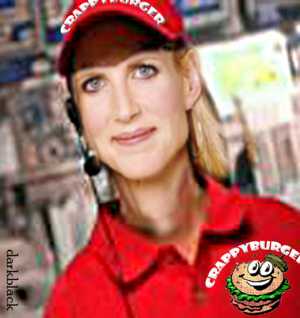 … and their disregard for low income wage earners who they claim to represent.
(Like the ACORN workers who remain unpaid in St. Louis)

The nutty FireDogLake blog, the same blog that brought you Joe Lieberman in blackface, has a hysterical piece today on Ann Coulter. It’s so hateful it is almost comical:

Ann Coulter is like a right-wing stripper. She’s an empty black dress. When you read Maguire’s book (and you should) and see a compendium of Coulter’s statements piled up together in all their contradiction and unintentional irony, you realize that really, there’s nothing there except a jumble of fiercely stupid assertions, a lot of hair-dye, a plunging neckline, and skirt slit up to her upper thigh.

“Why?!” any sensible person wonders, “Why is this brownshirt cheerleader even allowed out of the psych ward, much less ceaselessly paraded before the public? Why, why, WHYYYYY?! She’s not smart, she’s not funny, and (in spite of what men like Rush Limbaugh and Sean Hannity say) she’s not sexy. She’s got a face like a horse and a figure like a ten-speed bicycle. Why the hell do people love her so much?”

Well, first of all, it’s not “people” who love her. It’s one very specific flavor of angry, frightened, bigoted Reich Wing asshole. They love her because she says all the heinous, hateful things that they think but aren’t supposed to say. She articulates their paranoid, paternalistic world-view and they just lap it up like poisoned honey. That’s her base, and everything she says and does is aimed at them. And that’s why she’s so completely alien to anyone with a functioning brain. We can’t comprehend, for example, why she always wears the same dress because she’s not wearing it for us. She’s wearing it for the men who go to strip clubs. All they see is the naked skin on her thighs and chest. All they hear is their own pinheaded world view streaming out of her mouth.

I could be a bit off on this but my guess is the Left is getting tired of losing to her on the idea front…
Hence, the attacks by the storm troopers with pies.

And, Oh, how the Left loves the socialist Obama.

John Hawkins is reporting that another Leftist website, MYDD is planning google bombs for election day.