What universe are these people living in?

This latest Lancet Study released today claims that 555,000 Iraqis have died in the last two years since their last controversial study! That comes to around 770 violent Iraqi deaths each day on average!!!
So, does this mean all of those headlines of 18 or 30 deaths were off by 700 or so?

John Hopkins ought to be ashamed!

Anyone familiar with the Iraq Body Count website knows that their estimate of Iraqi deaths – currently 43,850- 48,693 – may not be perfect since it includes bank robbers and heart attack victims but it is one estimate of the deaths from the Iraqi War that is widely used.

Back in 2003 a very controversial study came out claiming 100,000 Iraqis had died in the Iraqi War. This far exceeded the other reports at that time.

Today the liberal group released another one of their outlandish polls just in time for the election. 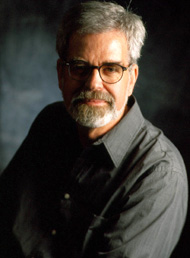 Sick! The new study released is more than TEN TIMES higher than other liberal estimates!

A controversial new study contends nearly 655,000 Iraqis have died because of the war, suggesting a far higher death toll than other estimates.

The timing of the survey’s release, just a few weeks before the U.S. congressional elections, led one expert to call it “politics.”

In the new study, researchers attempt to calculate how many more Iraqis have died since March 2003 than one would expect without the war. Their conclusion, based on interviews of households and not a body count, is that about 600,000 died from violence, mostly gunfire. They also found a small increase in deaths from other causes like heart disease and cancer.

“Deaths are occurring in Iraq now at a rate more than three times that from before the invasion of March 2003,” Dr. Gilbert Burnham, lead author of the study, said in a statement.

The study by Burnham, of the Johns Hopkins Bloomberg School of Public Health, and others is to be published Thursday on the Web site of The Lancet, a medical journal.

An accurate count of Iraqi deaths has been difficult to obtain, but one respected group puts its rough estimate at closer to 50,000. And at least one expert was skeptical of the new findings.

“They’re almost certainly way too high,” said Anthony Cordesman of the Center for Strategic & International Studies in Washington. He criticized the way the estimate was derived and noted that the results were released shortly before the Nov. 7 election.

“This is not analysis, this is politics,” Cordesman said.

For Burnham’s study, researchers gathered data from a sample of 1,849 Iraqi households with a total of 12,801 residents from late May to early July. That sample was used to extrapolate the total figure. The estimate deals with deaths up to July.

What a crock! Now we have to listen to the shameless libs repeating this obvious fraud and wishing for the return of Saddam! Sick!

Rick Moran has more on this crazy study.

The AP reported that 2,660 people were killed this month in Iraq.
That’s a far cry from the 22,800 you would expect coming from this ridiculous study!

Update: Omar Fadil speaks out on this inane study:

“This fake research is an insult to every man, woman and child who lost their lives. Behind every drop of blood is a noble story of sacrifice for a just cause that is struggling for living safe in freedom and prosperity.”

Pajamas Media has more of Omar’s reaction.
The Political Pitbull questions the timing.