WOW! How cool is this?
These pictures were taken with a Treo 650 smart phone. 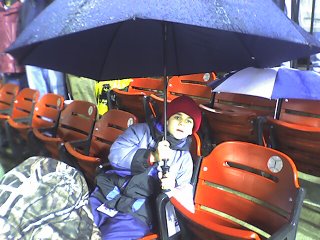 After my friend Chris and his son Sawyer (pictured above) got rained out on Wednesday night here in St. Louis…

My buddy Chris and his whole family are back down at Busch Stadium tonight (wind chill at 38 degrees). He is sending me photos as promised live from Game 5 of the 2006 World Series! 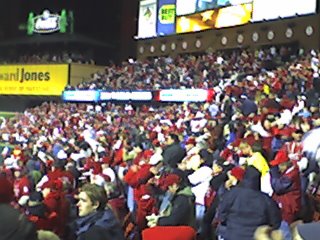 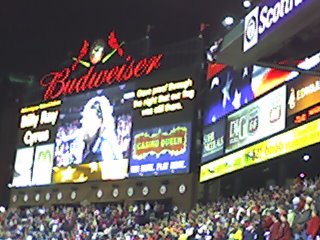 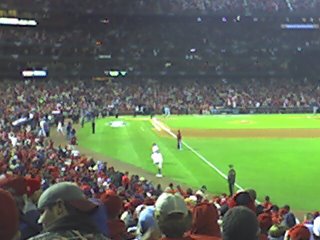 Chris is using a Treo 650, Sprint Model phone to take the awesome pictures.

Update: Bottom of the 5th inning, Cards up on the Tigers 3-2 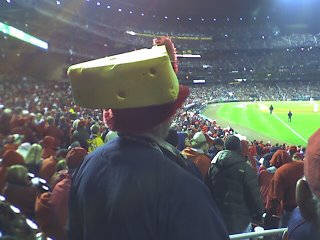 Even the cheeseheads showed up! 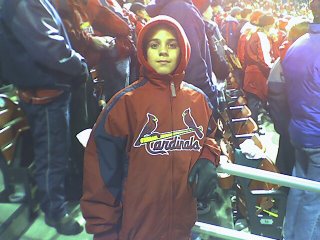 Respublica says it was a dream, Weaver!