You know you have a miserable existence when a neighboring communist regime builds a fence to keep you out! 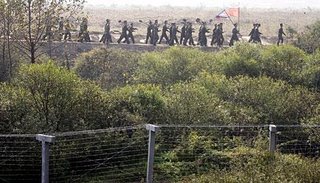 North Korea said today that the UN sanctions were an “act of war”.

One Free Korea has the latest on the mad regime.