Iraqi Clerics called for unity and democracy in their sermons at the end of Ramadan, after Eid Al-fitr (breaking of Ramadan fast) and after a tough month. 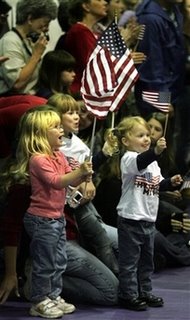 The following is a Haider Ajina translation of a head line and article that appeared on October 27, 2006 in Sot Al-Iraq

Sermon after Friday prayers in Nejaf (Najaf)
By Khuther Elias

After Friday prayers in the Fatima Mosque in Nejaf, Imam Sadir Aldien Alqabanchi delivered a sermon titled “Iraq is a piece of the Arabic fabric”.

He said in his sermon, “since the dictatorship was brought down in Iraq, some have said Iraq has left the Arabic fabric because of the following reasons:

2- The Shiite majority forming a unity government and attaining their proportional rights through elections. They said this is a second reason.

3- Minorities in Iraq have their rights protected. The Kurdish minority have finally received their deserved rights under the unity government. They said this is was the third reason.

The imam then added, “Today the Arab world has been influenced by these statements and there are forces at work to return Iraq to the Arab fabric by destabilizing or annulling the current government and maybe even bringing Saddam back. These reasons are why the Arab world has turned its back on Iraq and created false rumors of division and suspicion of what they call the Shiite crescent etc.

Iraqis reaffirmed that Iraq is a piece of the Arab fabric and will not leave it. No Iraqi wants to leave the Arab world, we want Iraq to be an effective member of the Arab world. Iraqis did this by their free vote for the constitution which affirmed this.

He added, “We must have a policy of mutual openness between us and the other Arabic countries. Iraqis chose the road of freedom from dictatorship and other Arabs thought that to be a step backward, they are wrong. Yes we have our problems but we have the resolve to cure the problems with patience, wisdom and courage. Talk about dividing Iraq is false and no one in Iraq wishes to divide the country.

The USA under the leadership of James Baker is studying choices and options about the Iraqi situation. We Iraqis have three immovable matters:

1- No to the return of the Baathists or dictatorship.
2- No to violence or terrorism.
3- No to foreign interference in Iraqi leadership.
Other than these three immovable points they (the Baker commission) can study any other options they wish.

Alqabanchi then called on the government to take responsibility towards the residence of Balad and save them form the terrorists. He added, “We believe that all of Iraq’s provinces must move towards rebuilding and development and avoid internal strife. We hope that the provinces experiencing turmoil will resolve their problems fairly and in a brotherly spirit.”

The Imam of one of Nejaf’s (oldest and most influential city and center of Shiisim) most prominent mosques “Fatima Mosque” gave this sermon today after Friday prayer at the end of Ramadan, after Eid Al-fitr (breaking of Ramadan fast) and after a tough month.

This sermon sets the tone for most Shiite mosques in Iraq. The tone and resolve of this sermon is unmistakable. Iraqis solving their problems through ‘patience, wisdom and courage’ is a clear and concise statement by religious leaders rallying Iraqis towards a strong democracy and freedom.

If any one in the west had any thought that the majority of Iraqis want to ever go back to dictatorship or will put up with their neighbors meddling in Iraqi security, or want Iraq divided, these thoughts, I am sure have been erased. Iraqis also know they have no friend in Iran. Iran is supporting Shiite and Sunni subversive groups. They want Iraq unstable to keep the focus off Iran. They also fear democracy.

Iran has forbidden Iranian Arabs living in Ahwas (an Iranian province on the Persian Golf. Arabs are a minority in Iran) from practicing their Muslim celebrations for Eid Al-Fitr. Here we have a Muslim country, run by A (supposed) Muslim government forbidding Muslims in their own province from practicing Muslim celebrations (these celebrations did not include self flagellation, since that is forbidden by Islam). I am a Muslim living in the USA and no one has ever forbidden me from practicing any portion of my religion or religious ceremonies. Muslims in the USA practice their religion freer than Muslims do in Iran……
The significances of this is tremendous. 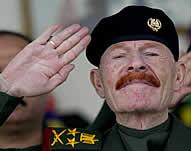 Iraqis also know they have no friend in Syria. Syria is supporting former Baathist and their ilk. Saudi Arabia is also no big fan of democracy at it borders. Saddam’s no. 2 man Izzat Ibrahime Al-Duri most wanted man in Iraq is directing Baathist terrorist activity from within Saudi Arabia. He is funding activities from the millions of dollars the Baathists stole from the Iraqi people.

Iraqis have tasted freedom, the rule of law, democracy and rights of the individual; they will never go back to pre spring 2003.