Radical gay activists made it their mission to out closeted members of the gay community – Today, it’s their turn to be outed.

Radical Gay Rights Activists at Blogactive held on to information about Representative Foley for months and years. These “Rights Activists” knew that representative Foley had relationships with “young men less than half his age.” They did their own investigation on Foley. They even flew in their sources in to be interviewed about the Representative. At least one activist shared this information with the Democratic Congressional Campaign Committee. He held on to the information for over a year. He wrote about how he would break the story at midterm elections!

But, the radical gay activists and democrats never thought about the safety of the teens who were at risk! 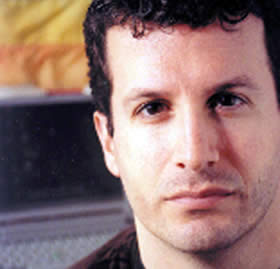 John Aravosis, (“He deserves to be publicly excoriated.”- 7-2004 Picture from the Blade) along with fellow radical gay activist Mike Rogers, worked in tandem but not together, to out members of Congress.

Mike Rogers wrote about Foley’s get togethers with young men less than half his age but held on to the information until recently like he said he would do back in March of 2005.

Aravosis at his blog AmericaBlog said on June 4, 2004:

It is widely known that John Aravosis had no love for Foley because he was a closet case. Although, there is no evidence right now that he also was holding on to information about Foley, he did work in tandem with Mike Rogers in their outing campaign of politicians.

And, despite what others may think, the reason Foley did not run for the Senate was because of pressure by Aravosis and the radical gay movement to make his life hell for being a closeted homosexual:

Despite Foley’s FMA opposition, Aravosis purported to out Foley as well, taking him to task for supporting President Bush, who endorsed the measure late last winter. Labeling Foley as “our latest closeted gay hypocrite,” Aravosis said Foley made the list for putting politics ahead of his own community by “whoring for an anti-gay president.”

This brings us to where we are today. The plan to bring down the Republican Party is working just as it was planned a year and a half ago.

** Obviously, CNN’s timeline is a bit off, to say the least!

HRC is slow to react. Why?

Update: This is about to Bust Open!

Previously:
The Foley Fallout
Foley Fallout: What We Know Now
Foleygate! Altered Images! What’s Going On Here?
Foleygate: What Stunk Like a Rat, Was a Democ-Rat!