After the massive cocaine bust in late August at the Tehran airport it looks like the crack supply and demand situation has settled back down in Iran. The price of crack cocaine has dropped five fold in recent years.
Rooz Online reports on the surprising drug use in Iran:

According to statistics provided by Iran’s Addiction Prevention Agency (Setad-e Mobarezeh ba Mavade Mokhader), 20.69 percent of university students and 13.3 percent of school students are in danger of becoming drug addicts.

Hamid Sarami, the cultural deputy of the Addiction Prevention Agency had revealed that based on a study done 3 years ago, 13.3 percent of school students had either been already addicted to narcotics or were in such a danger. Keyhan newspaper even raised the stakes and wrote that between 13 to 20 percent of all school students were under this threat.

But, there is especially good news for the needle users in Iran if you’re following the Iranian news service… 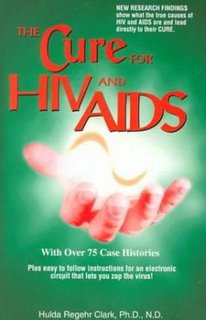 In early September the Iranian National News Service announced that the mullacracy had discovered the herbal and chemical cure for the treatment of AIDS.

It was soon after this first announcement that the Iranian Nuclear Chief Mohammad Sa’idi claimed the mullahs were using “Heavy Water” as a health drink! The mullahs declared that “Heavy water” – or deuterium oxide (2H2O) – can be used to treat AIDS and cancer!

Silly US! Here we thought the mullahs were using that “Heavy Water” in their nuclear development program!

(Seriously though, I do hope that the addict can find the help he needs in Iran.)