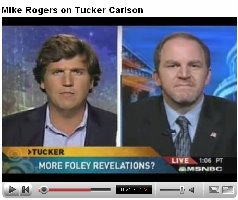 The radical gay activist Mike Rogers who said he would bring down the Republican Party by outing gay Republicans daily, beginning Monday, is now trying to clean his blog of any evidence that that may incriminate him in the Foley investigation.

And, it looks like he removed his blog post from March 22, 2005.
Remember that one?… The one where he says:

“Everyone knows that Mike Foley’s a self-hating closet case. When we get closer to elections, I am sure more will surface.”

Well, I kept a screen shot. 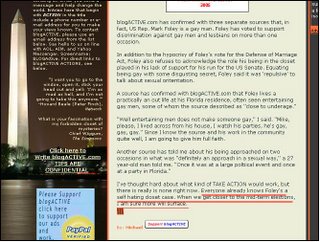