The battle sides are pairing up nicely in the latest democrat/media attack on Republicans. But, there’s much more to this story of coverup and partisan tricks-

The GOP also asked Minority Leader Nancy Pelosi and other Democrats to testify about whether they engaged in partisan trickery on Friday:

Top GOP leaders — including House Speaker Dennis Hastert, of Illinois, and Majority Leader John Boehner, of Ohio — have accused the Democrats of knowing about Foley’s correspondences with teen pages, and waiting to release them until it was politically advantageous.

Democratic candidates are using the scandal as fodder in their campaign ads. Candidate Baron Hill, of Indiana, criticized Rep. Mike Sodrel, R-Indiana, for refusing to return contributions “from the House leadership who knew about but did nothing to stop sexual predator Congressman Foley.”

Pelosi, a California Democrat, also lobbed the accusation Thursday, saying, “Those who covered up Mark Foley’s behavior must be held accountable,” Reuters reported. 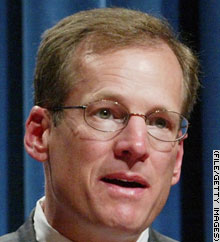 In a letter to Pelosi, which also was sent to Democratic Party Chairman Howard Dean, Rep. Jack Kingston, R-Georgia, asked them to disclose whether Democrats played a role in publicizing Foley’s correspondences.

The WaPo conveniently found one of its anonymous sources to do damage today to Republicans in the Foley Affair. This is getting good. It looks like the Washington Post just dragged itself into the masturgayte affair:

House Speaker J. Dennis Hastert’s chief of staff confronted then-Rep. Mark Foley about his inappropriate social contact with male pages well before the speaker said aides in his office took any action, a current congressional staff member with personal knowledge of Foley and his behavior with pages said yesterday.

The staff member said Hastert’s chief of staff, Scott Palmer, met with the Florida Republican at the Capitol to discuss complaints about Foley’s behavior toward pages. The alleged meeting occurred long before Hastert says aides in his office dispatched Rep. John M. Shimkus (R-Ill.) and the clerk of the House in November 2005 to confront Foley about troubling e-mails he had sent to a Louisiana boy.

The staff member’s account buttresses the position of Foley’s onetime chief of staff, Kirk Fordham, who said earlier this week that he had appealed to Palmer in 2003 or earlier to intervene, after Fordham’s own efforts to stop Foley’s behavior had failed. Fordham said Foley and Palmer, one of the most powerful figures in the House of Representatives, met within days to discuss the allegations.

Palmer said this week that the meeting Fordham described “did not happen.” Timothy J. Heaphy, Fordham’s attorney, said yesterday that Fordham is prepared to testify under oath that he had arranged the meeting and that both Foley and Palmer told him the meeting had taken place. Fordham spent more than three hours with the FBI on Thursday, and Heaphy said that on Friday he contacted the House Committee on Standards of Official Conduct to offer his client’s cooperation.

“We are not preparing to cooperate. We are affirmatively seeking to,” Heaphy said.

Hastert spokesman Ron Bonjean declined to directly comment on the second House staff member’s assertion, saying that it is a matter for a House ethics committee investigation. “The Standards Committee has asked that no one discuss this matter because of its ongoing investigation,” Bonjean said.

The Forkham factor is confusing. He worked for two different Republicans. He was outed by Michael Rogers on his nasty website, blogactive in 2004-5. He appears to be a close friend to Foley. He knew that Foley was sending nasty IM’s to a kid which is unusual for a Representative to share that information with a staff member(?) He suddenly steps down from his position this week. He lashes out at the Republicans he worked throwing out allegations that they knew about Foley for years. He testifies with the FBI the day after he leaves his position and already secured a lawyer. There is much more to come from this Foleygate player.

Representative Chris Cannon in Utah noted that the kids may have been egging Foley on in the internet instant message exchanges and that parents need to take responsiblity and “teach their kids what to do”:

“These kids are actually precocious kids,” Cannon, R-Utah, told KSL Radio’s Nightside. “It looks like uh, maybe this one email is a prank where you had a bunch of kids sitting [around] egging this guy on.”

Cannon, who has defended House Speaker Dennis Hastert’s handling of the scandal, also said Thursday that there’s not much to do other than educate kids to the dangers of going online.