No wonder Jane Harman was so P.O.’ed today!

Macsmind and AJ Strata are on the trail.
FOX News outs the leaker… 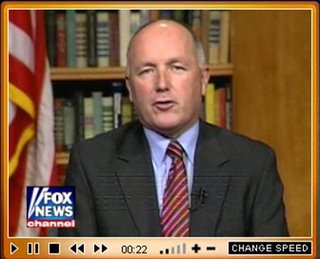 FOX News disclosed the staff member who allegedly who leaked the recent classified NIE to the New York Times.

A Democratic staff member on the House Intelligence Committee has been suspended by the Republican chairman of that committee over concerns about the leak of a secret intelligence estimate, and political mudslinging has become a central part of the investigation into the security breach.

The suspension drew heated response from the committee’s top Democrat, Jane Harman, who said she was “appalled” by the suspension and called for his immediate reinstatement.

The political spat was heightened further when Harman released portions of a document earlier this week related to the investigation into the criminal dealings of former Rep. Randy “Duke” Cunningham.

As Macsmind explains, there’s a reason that Jane Harman is upset…
Larry Hanauer worked for minority party and Harman on the Intelligence Committee!

The Squiggler has everything you ever wanted to know about Larry Hanauer.

Dan Riehl describes yet another investigation that may involve Harman.