It’s been a rough year for the French police… 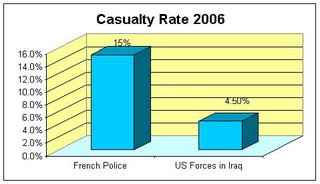 A spokesman for the French police union says:

“We are in a state of civil war, orchestrated by radical Islamists. This is not a question of urban violence any more, it is an intifada …”

2005 was a terribly violent year… in Brazil. 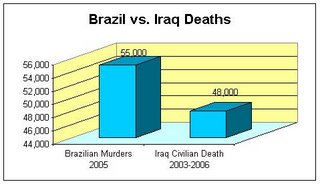 According to the Justice Ministry:

If we use the Lancet Model, murders in Brazil would topple 87 gazillion. 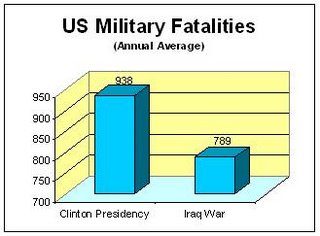 So, where was the outrage during the Clinton years?

Previously:
So, How Bad Are Things in Iraq Really?
In One Year, Brazilian Murders Eclipse Total Iraqi War Deaths
US Lost More Soldiers Annually Under Clinton Than in Iraq

Update: My apologies to Pastorius, that was 4.5% not 14.5% casualty rate as originally posted.