First, it was CNN’s double standards on the innocuous Mohammad cartoons and their failure to report the truth behind the uproar. 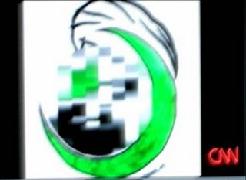 In a bizarre move, CNN felt they needed to pixilate this innocent and vague Mohammad cartoon. 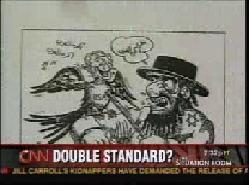 And, only four days later they showed Anti-Semitic cartoons without any problem.
(It only took the New York Times 24 hours to show Mary in dung!)

Wolf Blitzer described it as “beyond the pale” to show the Mohammad cartoons but in the same interview flashed several Anti-Semitic cartoons across the screen.

But,this week’s episode of the jihadist snuff film that CNN decided to air, shows the absolute moral depravity of the CNN organization.

CNN’s Anderson Cooper explained that “after getting beyond the emotional debate, we concluded the tape (snuff film) meets our criteria for newsworthiness.” 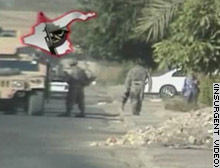 When Aljaeera showed terrorist video clips on the air, they were banned from Iraq!

Al-Arabiya did less than that and was banned for a month from Iraq in September.

What’s going to happen to CNN? Will anything? Or, will they continue to run Islamofascist snuff films without consequences?

The Coalition of the Swilling reports the outrage from Cpl Barrett, an Iraqi veteran from Oregon who commented on CNN’s website. Cpl Barrett wonders if CNN is going to run the death of Steve Irwin when it becomes available or any other newsworthy death?
Americans have a right to know after all! Sick!

CNN’s actions were immoral and offensive. There ought to be consequences for such behavior. Like Aljazeera, CNN should be banned from Iraq.

Our soldiers and marines have enough on their plate without worrying if their buddies death is going to be flashed on CNN every day!

Jim Hoft
Jim Hoft is the founder and editor of The Gateway Pundit, one of the top conservative news outlets in America. Jim was awarded the Reed Irvine Accuracy in Media Award in 2013 and is the proud recipient of the Breitbart Award for Excellence in Online Journalism from the Americans for Prosperity Foundation in May 2016.
Patriots Rally at Bed, Bath and Beyond in South Florida for 'My Pillow' Founder Mike Lindell (VIDEO)
Facebook Fascists Disable All Commenting on New "Patriot Party" Page -- They Don't Want Alternative Party to Replace the Modern Day GOP Bootlickers
"Republicans Are Better than That" - GOP Minority Leader Kevin McCarthy Blames Trump for DC Rioting Earlier in Week -- Then Calls Rep. Marjorie Greene to Disagree with Her on Biden Impeachment
Regime Fears the People: Thousands of National Guard Asked to Remain in DC Until Mid-March
Washington Post Scrubs Unflattering Report on Kamala Harris Mocking Starving Prisoners -- The Same Woman Who Kept Black Men in Prison for Their Cheap Labor
See more...