Two days after France voted on an Armenian genocide bill, a memorial is vandalized. 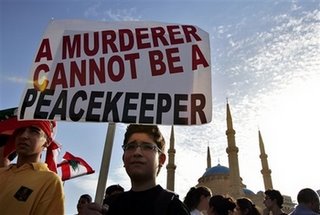 PARIS (Reuters) – A bronze monument near Paris commemorating the 1915 massacre of Armenians by Ottoman Turks has been destroyed just two days after France’s parliament passed a bill that would make it a crime to deny the genocide.

A local member of the Armenian church in Chaville, a town near Paris, said the heavy bronze sculpture was wrenched off its pedestal late Friday night or early Saturday morning.

“Police say it might have been stolen for the metal, but it seems too much of a coincidence that this should have happened just after parliament voted the Armenia bill,” said Stephane Topalian, a member of the Armenian church council.

Ankara denies accusations that some 1.5 million Armenians perished in a systematic genocide during World War One, saying large numbers of both Christian Armenians and Muslim Turks died in a partisan conflict raging at that time.

Turkey has protested against Thursday’s lower house vote, which establishes a one year prison term and 45,000 euro (30,326 pound) fine for anyone denying the massacres.

The Turkish press raged at the French for passing the bill on the Armenian genocide and are considering boycotts on French goods.

Fausta reported on this controversial French vote earlier this week.