As reported on War Stories on Sunday September 6, 2006… 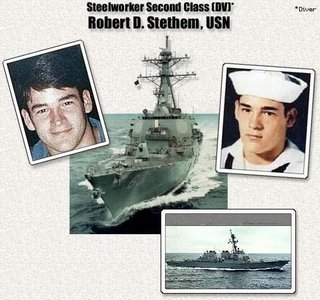 In March of last year the US released the terror leader who was involved in that hijacking.

On March 29, 2005, a Lebanese terrorist convicted in Washington, D.C. of leading the hijacking of a Jordanian airliner and later blowing it up as it sat on the tarmac was deported to Lebanon by ICE officials.

Fawaz Yunis was convicted in March 1989 in the District of Columbia of conspiracy, aircraft piracy and hostage-taking in the 1985 hijacking of Royal Jordanian Airlines Flight 402 in Beirut. Yunis was taken into custody Feb. 18, 2005 by ICE as he was released from federal prison in Petersburg, Va. Back in 1985, Yunis and four other heavily armed terrorists seized the Royal Jordanian airliner in Beirut and threatened to kill their hostages – including two U.S. citizens– unless their political demands were met. After two unsuccessful attempts to fly to Tunis, the hijackers returned the plane to Beirut, where they released the hostages, blew up the plane and then fled from the airport.

Yunis was subsequently brought to justice by U.S. law enforcement in 1987. Yunis, who is affiliated with the Amal Militia in Lebanon, was the first international terrorist to be apprehended overseas and brought back to the United States to stand trial.

Yunis left the country on Monday March 28, 2005, and was flown back to LEBANON.

In the Bullpen reported in December that Mohammed Ali Hammadi, another Lebanese terrorist directly involved in the murder of Robert Dean Stethem, was released in December 2005.
– The US now believes that Hammadi has rejoined Hezbollah.