Along with her tribute, Stefania sends this on the life of Oriana Fallaci: 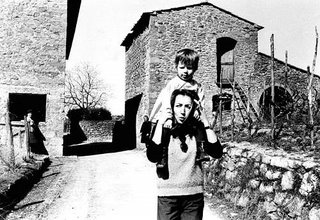 Victor Davis Hanson is brilliant as always in his tribute to the fearless woman, including this:

The Left has either been neutral or anti-American in this struggle. And few Christians in positions of influence and respect have publicly defended their faith and the civilization that birthed it.

…So, yes, we know the asymmetrical rules: a state run-paper in Cairo or the West Bank, a lunatic Iranian mullah, a grand mufti from this or that mosque, can all rail about infidels, “pigs and apes”, in language reminiscent of the Third Reich—and meet with approval in the Middle East and silence in the West. But for a Westerner, a Tony Blair, George Bush, or Pope Benedict to even hint that something has gone terribly wrong with modern Islam, is to endure immediate furor and worse. In short, no modern ideology, no religious sect of the present age demands so much of others, so little of itself.