The following information did not make it into the Senate Intelligence Committee’s report released last Friday, that claimed Saddam’s government “did not have a relationship, harbor or turn a blind eye toward” al-Qaida operative Abu Musab al-Zarqawi or his associates.

What do you suppose the committee had to say about these documents? 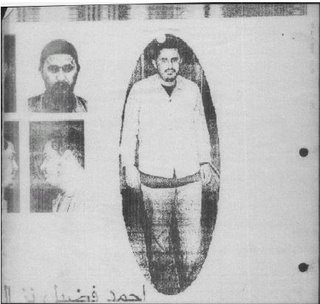 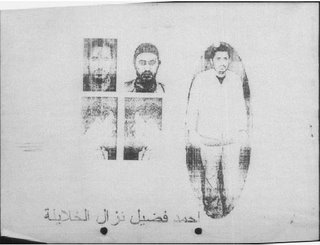 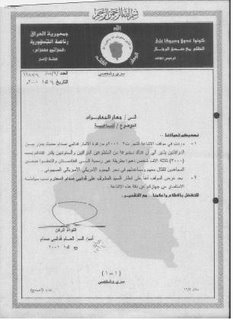 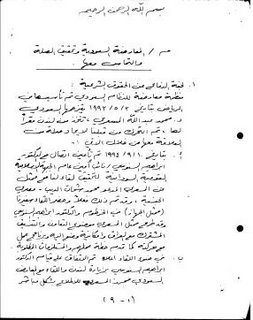 B. The approval of the Honorable Presidency was granted to meet with the opposition person Osama Bin Laden by the Apparatus according to letter 128 on 11/1/1995 (attachment 6) and the meting with him was completed by Mr. M.A ex-4th Directory in Sudan and with the presence of the Sudanese Dr. Abrahim AL Sanoosi on 19/2/1995 and a discussion occurred about his organization, and he requested the broadcasting of Sheikh Sleiman AL Awada (who has influence in Saudia and outside since he is a known and influential religious personality) and dedicate a program for them through the station directed inside the country and make joint operations against the forces of infidels in the land of Hijaz ( the Honorable Presidency has been notified with the details of the meeting according to our letter 370 in 4/3/1995 attachment 7). 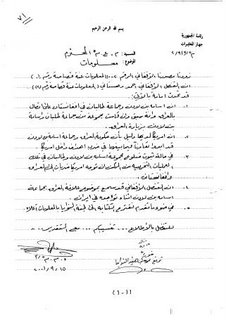 2- That America possesses evidence that Ira
q and Usama Bin Ladin’s group had cooperated to strike targets inside America.

Then, of course, there is this memo as reported by Stephen Hayes in the Weekly Standard:

OSAMA BIN LADEN and Saddam Hussein had an operational relationship from the early 1990s to 2003 that involved training in explosives and weapons of mass destruction, logistical support for terrorist attacks, al Qaeda training camps and safe haven in Iraq, and Iraqi financial support for al Qaeda–perhaps even for Mohamed Atta–according to a top secret U.S. government memorandum obtained by THE WEEKLY STANDARD.

The memo, dated October 27, 2003, was sent from Undersecretary of Defense for Policy Douglas J. Feith to Senators Pat Roberts and Jay Rockefeller, the chairman and vice chairman of the Senate Intelligence Committee. 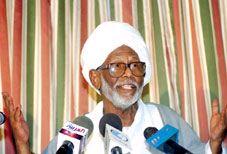 The primary go-between throughout these early stages was Sudanese strongman Hassan al-Turabi, a leader of the al Qaeda-affiliated National Islamic Front. Numerous sources have confirmed this. One defector reported that “al-Turabi was instrumental in arranging the Iraqi-al Qaeda relationship. The defector said Iraq sought al Qaeda influence through its connections with Afghanistan, to facilitate the transshipment of proscribed weapons and equipment to Iraq. In return, Iraq provided al Qaeda with training and instructors.”

“Saddam Hussein trained thousands of radical Islamic terrorists from the region at camps in Iraq over the four years immediately preceding the U.S. invasion.”

Then there is the story on Al Qaeda’s current leader in Iraq, Abu al Masri, who took over the reins of terror after Al Zarqawi had a 500 pound bomb drop in on him in April of this year. 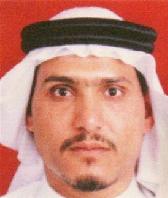 Abu al Masri, the current head of Al Qaeda in Iraq, organized terror camps in southern Iraq after he fled Afghanistan when the Taliban government fell in 2001.
From Military.com:

Al-Masri – which means “the Egyptian” – is another foreign fighter who trained in Afghanistan like Zarqawi, coalition officials said. No one knows his real name.

The terrorist is said to be about 38 years old and got his beginning in Egypt, where he joined the Islamic Brotherhood. He fled from Egypt and moved to Afghanistan, where he trained in explosives at the al-Faruq Al Qaeda camp. There he met Zarqawi, officials said.

After the fall of the Taliban, Masri escaped to Iraq and set up with the Jordanian-born Zarqawi. The Egyptian specialized in vehicle-borne improvised explosive devices. He helped establish the Baghdad cell of Al Qaeda in early 2003, officials said.

Obviously, there is much more information out there.
This is just a start.

A. Jacksonian has much more on the translated Saddam documents…

World Net Daily has much more on this story.

The Deputy prime minister of Iraq yesterday offered a sharp contradiction of the conventional wisdom here that Saddam Hussein’s Iraq and Al Qaeda had no connection before the 2003 war.

Powerline has more on the failings of the Senate Intelligence report.