The terror ring leader, Arfan Qadeer Bhatti, was placed under surveillance since late June after he was arrested for planning terror attacks at the World Cup. 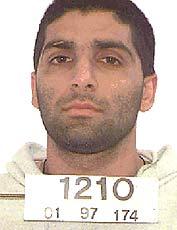 Three terror suspects are being held in Oslo, Norway for planning to blow up the American and Israeli Embassies.
Aljazeera is reporting:

A Norweigan court has ruled that three men should be held in jail while police investigate their involvement in an alleged plot to blow up the US and Israeli embassies in Oslo.

The appeals court said on Friday that a covert police recording of two suspects discussing blowing up one of the embassies was sufficient grounds to hold them for four weeks.

Arfan Bhatti and Andreas Kristiansen drove around in Oslo in August, past the US and Israeli embassies, discussing how to attack them. They also discussed shooting embassy guards.

The court quoted one of the men as saying on the tape: “The problem with shooting them is that they don’t come in one group. … They come in waves. So shooting won’t work. The only thing I thought was: do the whole building.”

They were apparently unaware of the police electronic surveillance equipment planted in the car.

Arfan Qadeer Bhatti, 29, a Norwegian of Pakistani origin, and described as the ringleader by police, had been under surveillance since late June, after he was briefly detained by German police on suspicion of plotting terror against the World Cup soccer tournament. He was released without charges.

The four men originally arrested fired at least 10 shots at the Mosaic Religious Community Synagogue in central Oslo with an automatic weapon.

** The suspects were making plans to Beheading the Israeli Ambassador!!!

I blame the Iraq War!