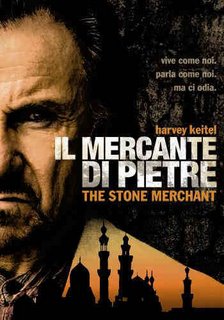 Italian Muslims are protesting a film about an Islamic Dirty Bomber love story saying it brings up images of Nazi propaganda:

An Italian film has sparked a debate in the Muslim community for its representation of Islam. ‘Il mercante di pietre’ (The Stone Merchant) by Italian filmmaker Renzo Martinelli (pictured below) “brings back to mind Nazi propaganda against the Jews,” accuses Dacia Valent, the spokesperson of the Islamic Anti-Defamation League, an Italian group. Her view is shared by the association of Young Muslims of Italy whose forum is full of messages comparing the movie to Nazi anti-Jewish propaganda. 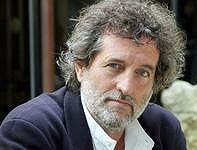 The film released mid-September tells the story of an Italian convert to Islam (interpreted by Harvey Keitel) and Al-Qaeda member who seduces a woman (the actress Jane March) to use her as an unwitting suicide bomber on a ferry. As the story evolves the protagonist – who officially deals in precious stones – starts having doubts over his operation as he falls in love with the woman.

The movie is controversial as all the Muslims it portrays are terrorists.

At a recent press conference, Martinelli said his film was meant to “sound the alarm against multiculturalists who justify everything and are in favour of opening up Europe – all signs the Muslim world perceives as a weakness, taking advantage of us.” The filmmaker – who told reporters he goes around armed just in case some militant attacked him – added tha he “didn’t attack Muslims but tried to understand them.”

The film is currently running in Italian theatres.