As announced at “No Sharia” website and reported here yesterday…

Hundreds of Iranian dissidents planned to protest the terrorist, Iranian President Mahmoud Ahmadinejad, at the United Nations while he was speaking at the General Assembly on Tuesday.

Although, the media chose to ignore the protest…
Several hundred Iranians gathered to protest the mullacracy. 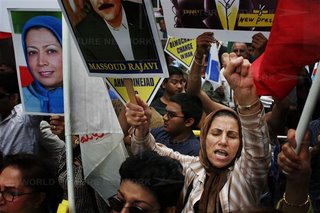 These Iranians are not fooled by the words of the blood thirsty regime. 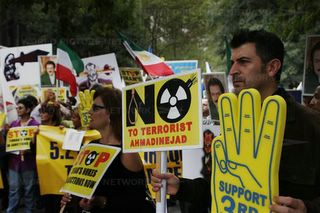 Iranians gathered at the UN to protest the terror regime leader, Ahmadinejad on Tuesday, September 19, 2006. 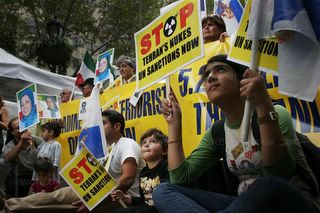 The protesters disagree with Jacques Chirac and France.
(Pictures from World Picture News) 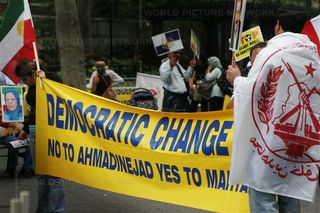 Sadly, the mainstream media was too busy fawning over the “potent” remarks by Ahmadinajad to be concerned with the Iranian dissidents who know better!

The Anti-Bush protesters did get major media coverage, however.