The Iranian Fars News Agency is suggesting that after the US pulled Saddam from his spider hole, George Bush is meeting the Butcher to plan violence against the Iraqis! 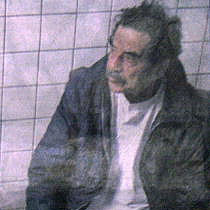 Informed sources said that US President George W. Bush has called on the former Iraqi dictator Saddam Hussein during a recent visit to Baghdad.

The source said that during the one-hour meeting, the two sides have discussed ways of increasing violence in Iraq.

Iraqi Premier Nuri al-Maleki said in a recent press conference that the members of the former Ba’th party are in charge of terrorist attacks in his country.

Al-Maleki pointed out that these agents are equipped with the needed experience, resources and manpower to develop insecurities in that country.

The Spirit of Man has more on this madness.

And, yet our liberal American media gulps down the words of the madman, Ahmadinejad!

Jim Hoft
Jim Hoft is the founder of The Gateway Pundit, one of the top conservative news outlets in America. Jim was awarded the Reed Irvine Accuracy in Media Award in 2013 and is the proud recipient of the Breitbart Award for Excellence in Online Journalism from the Americans for Prosperity Foundation in May 2016.
BREAKING: DNI Ric Grenell Declassifies Slew of Russia Probe Documents on Way Out the Door Including Michael Flynn Transcripts
Gates Foundation Buys Stock in Google, Twitter, Apple and Amazon in First Quarter Before Pushing Pandemic Panic Porn
"It's Coming" -- Reporter Adam Housley on Spygate Scandal: Names to Watch... McMaster, Rosenstein and John McCain
AIN'T GONNA HAPPEN: Missouri Health Officials Tell Partiers at Lake of Ozarks to Quarantine for 2 Weeks (VIDEO)
4 Killed, 19 Shot in St. Louis Over Memorial Day Weekend but StL Mayor Goes on MSNBC to Gripe About a Party at Lake of the Ozarks Instead!
See more...