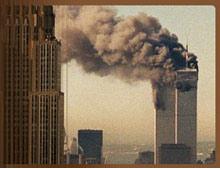 There’s another film festival going on this weekend and you know what that means…
Bush-Bash!

Forget the film critics, Oliver Stone is the loudest Bush critic this weekend at the San Sebastian International Film Festival:

“From September 12 on, the incident (the attacks) was politicized and it has polarized the entire world,” said Stone. “It is a shame because it is a waste of energy to see that the entire world five years later is still convulsed in the grip of 9/11.

“It’s a waste of energy away from things that do matter which is poverty, death, disease, the planet itself and fixing things in our own homes rather than fighting wars with others. Mr. Bush has set America back 10 years, maybe more.”

The director of blockbusters such as “Platoon,” and “JFK” said the U.S. reaction to the attacks was out of proportion.

“If there had been a better sense of preparation, if we had a leadership that was more mature,” he said. “We did not fight back in the same way that the British fought the IRA or the Spanish government fought the Basques here. Terrorism is a manageable action. It can be lived with,” said Stone.

Surely, Stone sees the difference between a separatist in a break away region and an Islamofascist who’s intent is domination?

Stone must have missed the latest Basque Separatist press conference held this past weekend.

It’s nothing less than a small miracle that Stone did not twist “World Trade Center” with a heavy dose of liberalism.