Sadly, a participant in this year’s Russian sex doll rafting contest could not control his desires…
He was therefore expelled from the competition. 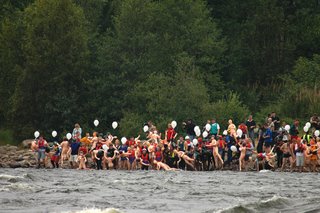 The Moscow News reports that a contestant in this years sex doll rafting comptetition was disqualified for abuse of his, um,… raft:

Igor Osipov was not able to keep in his sexual desire, even in the cool water of the Vuoksa river near St. Petersburg.

Over 400 “sportsmen” took part in the Bubble Baba Challenge tournament. “It’s fun and difficult to swim 1200 meters in stormy river with an exotic apparatus, as inflatable ladies slip out of hands”, tournament organizer Dmitriy Bulaviniv said.

At a juries’ command participants jumped into the water. Strong wind and flow snatched out
resilient dolls from strong men’s hands, and only Osipov,40, resolutely approached to the finish.

“I was shocked, I think it was an expression of his great desire to win,” Osipov’s friend said. The jury then noticed Osipov’s strange position and told him to moor. When he came out of the water, gazers saw signs of recent sexual activity on the swimmer’s doll.

The jury found the swimmer guilty of sexual abuse of the apparatus and disqualified him.

Air sex dolls can be used only for swimming, organizers say.

There are several links to photographs from this year’s competition at the Bubble Baba Challenge 2006 homepage. 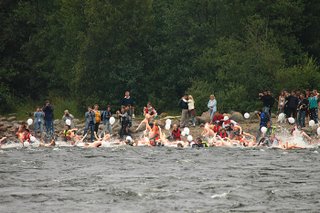 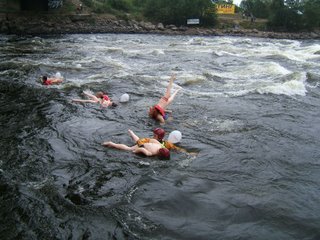 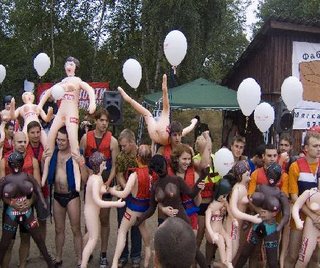 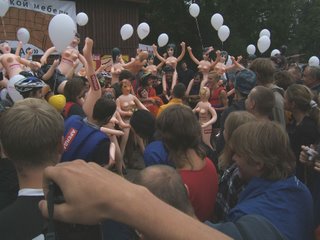 The Bubble Baba Challenge webpage has much more on this year’s exciting competition.

Ace is pleased that the integrity of the contest was upheld despite the difficult decision of the judges.