These ladies won’t be allowed up close to the Kaaba… 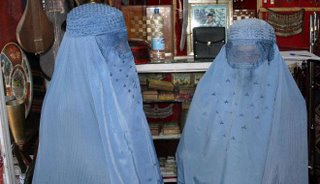 Via Crossroads Arabia…
The all male committee at Mecca is planning to move women to a distant section of the mosque because it has become so crowded:

Saudi clerics want to impose restrictions on women praying at Islam’s holiest shrine in Mecca, one of the few places where male and female worshippers can intermingle.

But women activists in Saudi Arabia, the birthplace of the religion where a strict version of Islam is state orthodoxy, say the idea is discriminatory and have vowed to oppose it.

At present, women can pray in the immediate vicinity of the Kaaba, a cube-shaped structure inside the mosque which pilgrims walk around seven times during the haj pilgrimage according to ancient rites established by Prophet Mohammad.

Plans by the all-male committee overseeing the holy sites would place women in a distant section of the mosque while men would still be able to pray in the key space.

“The area is very small and so crowded. So we decided to get women out of the ‘sahn’ (Kaaba area) to a better place where they can see the Kaaba and have more space,” said Osama al-Bar, head of the Institute for Haj Research.

“Some women thought it wasn’t good, but from our point of view it will be better for them … We can sit with them and explain to them what the decision is (about),” he said. The decision is not final and could be reversed, he added.

“It will be better for them.” 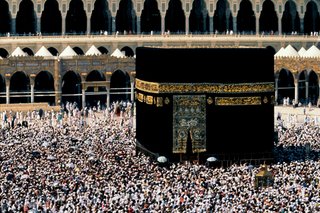 Thousands of Muslim pilgrims circle the Ka’aba, Islam’s most sacred shrine. During the hajj, the religion’s annual pilgrimage to Mecca, some two million Muslims circle the Ka’aba in one rite of the intense, five-day quest for salvation. (Inside Mecca)

Do you suppose this will get a reaction from the women’s rights activists in the West? …Doubtful.