If you are not familiar with Maurice Strong, you really ought to be.

He is the former UN diplomat who went missing last year when reports came out that he had skimmed $1 million from the Oil for Food Program, he also is the architect of the Kyoto Protocol, and once said, “For humanity to survive, it may be necessary for industrial civilization to collapse.”

There is a great write-up on this very colorful former Kofi sidekick, who recently surfaced alive and kicking in Beijing after being on the run from the FBI, at Canada Free Press today.

There is also news that Maurice Strong and George Soros are going to push “cheap” Chinese cars on the US next year.

The dynamic duo of Maurice Strong and George Soros aim to flood the American market with “cheap” Chinese made cars – The Chery. The cars go for $3,600 in China. They will sell for around $20,000 here in the United States. 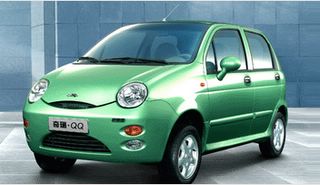 Strong and Soros hope to decimate Ford, Chrysler and GM by flooding the U.S. market with Cherys in 2007.
Hat Tip Tim

Uriah sends this article about the mysterious Maurice Strong from National Review.

And, DANEgerus has all you need to know about the international player, Maurice Strong.