Did this woman from Beirut lose another house? 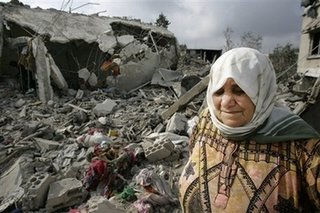 Is this the same woman?

Drinking from Home noticed this fauxtography scandal two weeks ago: 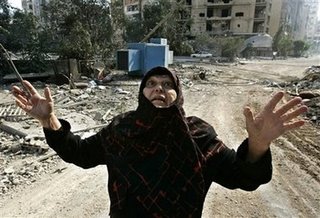 A Lebanese woman reacts at the destruction after she came to inspect her house in the suburbs of Beirut, Lebanon, Saturday, Aug. 5, 2006, after Israeli warplanes repeatedly bombed the area overnight.(AP Photo/Hussein Malla) (from Yahoo News) 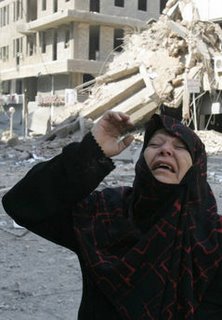 A Lebanese woman wails after looking at the wreckage of her apartment, in a building, that was demolished by the Israeli attacks in southern Beirut July 22, 2006. REUTERS/Issam Kobeisi (from Yahoo News)

From Drinking from Home: 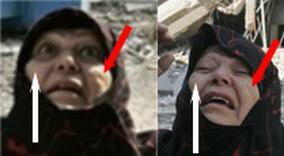 Same clothes, same scar on her left cheek, same mark under her right eye. Two pictures of the same woman, maybe even taken on the same day. 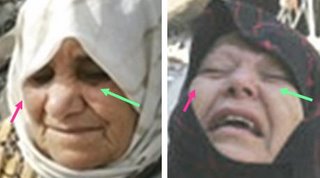 Could this be the same woman? Could Lebanese photographers used the same wman again? Even after she was already busted two weeks ago?

Snapped Shot is wondering the same thing.
And, Atlas also has questions about Asma Srour.