It must have been another good sermon. 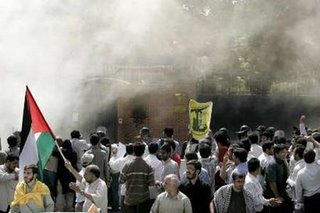 Iran Focus reported today… “Dozens of hard-liners gathered in front of the embassy compound following Friday prayers in the Iranian capital holding up signature-yellow flags of the Lebanese militia Hezbollah.”

“They threw stones at the embassy building, shattering several windows, and tore down the embassy plaque on the gates of the compound.” 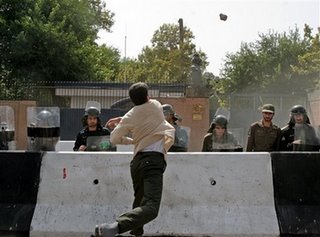 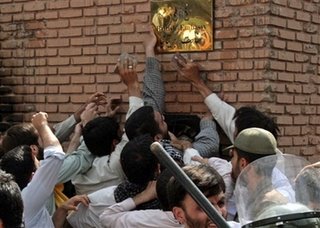