La Shawn Barber talks about the West’s sudden paranoia of riding with Muslims on planes today on her blog.

Maybe there’s a reason for that… 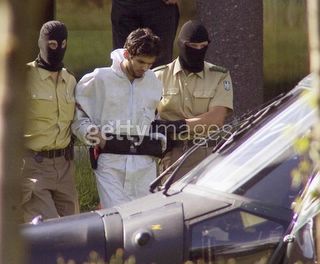 Youssef wanted the avenge the death of his Sunni brother in Lebanon by blowing up trains in Germany(?):

Acquaintances of the terror suspect describe him as a very pious man who, though he is Sunni, prayed in a Shia center described as being pro-Hezbollah (in Germany) and located in the basement of a student home.

Der Spiegel reports there is a speculation that the second wanted suspect is a Moroccan acqaintance of Youssef Mohamad E.

Bureau Audiovisuel Francophone has incredible video of Youssef climbing onto the train platform the day he planted his bomb.

** Notice the young girl who runs right past him on the escalator and bumps him as she goes about her day… never knowing that she just crossed a bomber!

German blogger Davids Medienkritik has been following the story.