Oh brother!… This is getting really pathetic!
Are we now cursed with months of the mainstream media pumping out pages of “poor me” articles about their bravery during this War on Terror?

If the media is so very brave then… 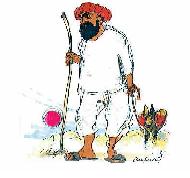 …Publish this Mohammad and donkey!

Show the world what innocent little cartoon was behind the “cartoon protests” from earlier this year that killed dozens!

Here is the latest disgusting attempt at sympathy:

Headline by headline, a trickle of news leaks on Iraq and the antiterror campaign has grown into a steady stream of revelations, and from Pennsylvania Avenue to Downing Street, Copenhagen to Canberra, governments are responding with pressure and prosecutions.

The latest target is The New York Times. But the unfolding story begins as far back as 2003, when British weapons expert David Kelly was “outed” as the source of a story casting doubt on his government’s arguments for invading Iraq, and he committed suicide.

And it will roll on this fall, when Danish journalists face trial for reporting their government knew there was no evidence of banned weapons in Iraq.

Umm, there were!… Although, you brave mainstream heroes won’t report it!

This is just sick and twisted! Now the mainstream media is twisting the truth to make it look like they are the victims for publishing national security secrets! Sorry boys, the gig may be up. Afterall, two-thirds of Americans think you ought to be jailed for what you did.

If the media is so concerned about truth, publish this fake Mohammad cartoon on the front page! You haven’t done that yet.

And explain the story on how this fake cartoon was behind the deaths at those cartoon protests. Or, do reports that upset terrorists go against your agenda?

Sandmonkey sees retardedness in all of this.