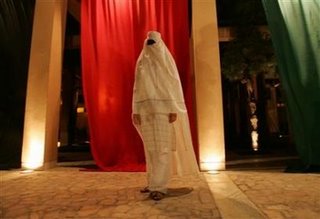 A model displays an Afghan burqa designed by Gabriella Ghidoni and Zolaykha Sherzad during Afghanistan’s first fashion show in years, held at a luxury hotel in the capital Kabul on July 8, 2006. Picture taken July 8, 2006. (Ahmad Masood/Reuters)

Audience members said the show was a boost for the Afghani capital of Kabul:

An audience of expatriates and well-heeled Afghan watched the show in hotel garden, under a clear midsummer night’s sky, to the strains of traditional Afghan music.

All of the models showing the conservatively cut clothes that included designer burqas were expatriate women, to the disappointment of some in the audience.

The organizers said they did not want to court controversy in what is a deeply conservative Muslim country by having Afghan models.

“We invited a lot of Afghan women to attend the show but not to be models,” said Italian designer Gabriella Ghidoni, who organized the show with an Afghan partner.

The clothing line, Sara Afghan, uses pieces of black turbans worn by the Taliban and Pashtun men from the south and east of the country in some of the latest lines. 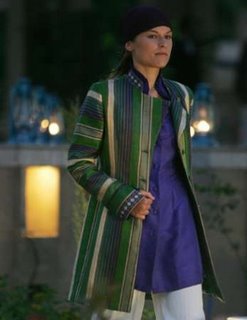 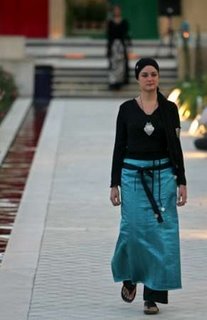 The fashion show was held at a luxury hotel in the capital Kabul July 8, 2006. (Reuters) 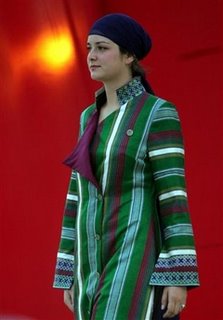 Michelle Malkin picks on the shocking piece from TIME magazine on the diversity of the burqa.