Over 74,000 flights have been logged to and from northern Iraq in the past 10 months! 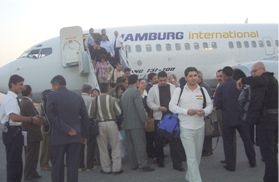 On Tuesday September 20, 2005, the first airplane arrived from Frankfurt to the Kurdistan-Iraq airport. (Kurd.net)

More than 74112 departure and arrival flights have been recorded in the Suleimaniya international airport in the past 10 months, reported PUKmedia, Tuesday June 20.

“There are a large number of arrival and departure flights taking place in the Suleimaniya international airport on a daily basis, the largest number of those flights have been recorded during Hajj season (the Islamic pilgrimage period).” The manager of the airport Karwan Ahmed told Rebazi Azadi newspaper.

Suleimaniya airport that boasts international airport standards, has been operating officially and conduction direct flight to and forth Kurdistan region for the past two years. 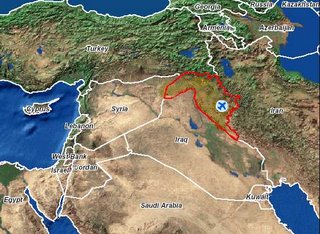