There were 20 times as many murders in the US in 2005 as there were US soldiers lost in the War in Iraq! 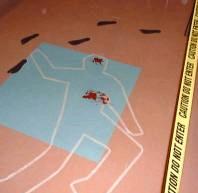 Drudge Report reported that there were 16,912 murders in the US last year.

That is 20 TIMES as many people as soldiers lost in Iraq last year!

These may sound like outlandish numbers but in reality:

* The War in Iraq is the best fought war in US history in regards to fatality and casualty numbers.
* The amount of violent crime committed last year was lower than in the 70’s, 80’s and 90’s in the US.

And, in Iraq anyway, if the trend continues, the US will be looking at much lower war fatlities this year (703) compared to last year (846).