As if including China, Cuba, Algeria and Saudi Arabia in the “revamped” UN Human Rights Council were not enough…

…The Jimmy Carter endorsed club invited Iranian thug, Saeed Mortazavi, to its opening sessions this week who wasted no time in blasting the US for “violations”. 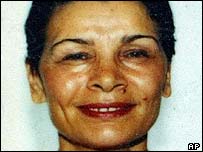 Canadian-Iranian photojournalist, Zahra Kazemi, arrested in Iran died of a brain haemorrhage resulting from a blow to the head that caused a skull fracture in 2003. (BBC)

Mortazavi is notorious for the crackdown on dissidents, journalists and his main role in the rape and torture of Zahra Kazemi a slained Iranian-Canadian journalist.

The Tehran prosecutor general and prosecutor of the Revolutionary Court, accompanied by a number of Islamist judicial officials, including the theocratic regime’s Justice Minister Jamal Karimi-Rad left for Geneva, Switzerland Monday morning to attend the first meeting of the United Nations Human Rights Council.

During his stay in Geneva, Mortazavi will confer with a number of representatives of the countries and the UN Secretary General.

Zahra Kazemi was arrested in June 2003 for taking pictures of the famed Evin prison:

Iran acknowledged that Ms Kazemi, 54, had been beaten to death after her arrest on 23 June for taking pictures of Tehran’s Evin prison. She was later pronounced dead after falling into a coma.

The new report – providing an hour-by-hour development of the incident – said that a medical committee had found “no traces of blows or injuries” to the head other than the fatal fracture.

It said the blow occurred up to 36 hours before Ms Kazemi was admitted to hospital on 26 June and called for a further inquiry to question all those in contact with her during that time.

The Iranian authorities initially said Ms Kazemi had died of a stroke after falling ill during her first police interview.

But, please don’t be concerned, Mortazavi said today that Iran is committed to human rights as he blasted the US and the West:

…The prosecutor general said that the right to access high technologies, including nuclear technology for peaceful purposes, as a basic right of all nations.

“The council is expected to examine cases of human rights violation by some Western and European countries without any reservation.”

“Violation of the Holocaust deniers’ freedom of expression, citizens rights, migrants rights, human rights in the battle against terrorism as well as violations taking place in case of the Central Intelligence Agency’s (CIA) secret flights, children and supportless migrants, opposition to Islamic dress code and veil are some of such violations,” he added.

He referred to various examples of human rights violations by the US which should be put high on the agenda of the UN Human Rights Council, including the catastrophes caused by the US in various parts of the world, such as the Guantanamo Bay detention center, the US prison in Kosovo, Bagram prison in Afghanistan, Abu Ghraib prison in Iraq, CIA’s secret prisons and pressures exerted on American citizens. 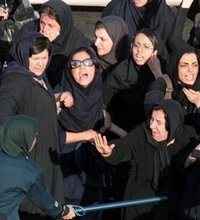 It was just last week that the Iranian Regime clubbed Women’s Rights protesters in the streets of Tehran.