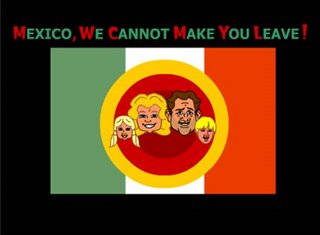 Experience Mexico the Way They Experience the USA! 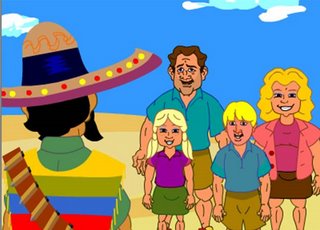 Jones American Comedy Network has been creating topical comedy bits for radio and other media for more than 20 years. And, thanks to Al Gore, now you can enjoy their work too, on the internet.

But, before you put on you pull out your paddles…
If you expect the Mexican Government to treat you like in this ad, you’ll be in for a rude awakening. As VDARE reported:

Central American and even Mexican migrants in Mexico are subject to abuse at the hands of police and military personnel, and that immigrants are detained in municipal prisons.

the Mexican government mistreats ‘indocumentados’ that cross its territory, it keeps them in jails, in overcrowded conditions, many times without food, without medical attention and overall, violating their human rights.”

…In some Mexican states, Central Americans “go to the municipal jails, where they stay for days and weeks. In some small rooms there are dozens of them and they do not separate the men and the women.”

Forgotten Prophets is one of many who is disheartened with the president’s refusal to enforce the current border laws.

Meanwhile in Mexifornia… The AP is reporting “Gov. Arnold Schwarzenegger agreed Thursday to send the California National Guard to the Mexican border, ending a 17-day standoff with the Bush administration.”