Toasted Bread has posted several rare photos of what life is like inside North Korea today, including this shot of laundry day at the local river. 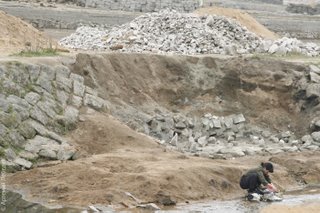 Meanwhile, The Korea Liberator has several photos of how South Koreans show the US their appreciation for their prosperity and freedom of speech. 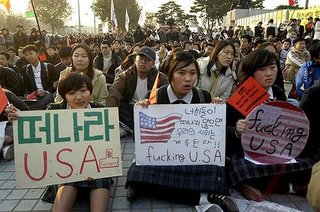 The Korean Leftist media and Far Left Teachers Union appear to be making some headway. The Korea Liberator asks, “Why are U.S. taxpayers subsiding a government that’s teaching its people to love the North Korean regime and hate America?”

Meanwhile, it looks like North Korea is ready for its missile test. (Via Drudge)