These Killing Machines will come right to you! 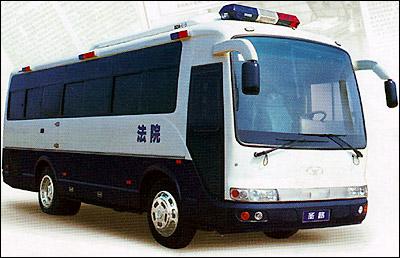 Right on Right posted this horrific story earlier this week from USA Today:

The country that executed more than four times as many convicts as the rest of the world combined last year is slowly phasing out public executions by firing squad in favor of lethal injections. Unlike the United States and Singapore, the only two other countries where death is administered by injection, China metes out capital punishment from specially equipped “death vans” that shuttle from town to town.

Makers of the death vans say the vehicles and injections are a civilized alternative to the firing squad, ending the life of the condemned more quickly, clinically and safely. The switch from gunshots to injections is a sign that China “promotes human rights now,” says Kang Zhongwen, who designed the Jinguan Automobile death van in which “Devil” Zhang took his final ride.

Sixty-eight different crimes – more than half non-violent offenses such as tax evasion and drug smuggling – are punishable by death in China. That means the death vans are likely to keep rolling.

Several critics contend that the Chinese are using the vans in the illegal trade of prisoner organs. This is not the first time that China has been accused of such a gruesome crime.

In April, as Chinese President Hu Jintao made his historic visit to the United States, British surgeons accused China of harvesting the organs of thousands of executed prisoners each year to sell for transplants. The Epoch Times also has reports of organ harvesting from labor camps in China.

Right on Right has more on this killer vehicles from Communist China.