The Bawi brothers come from a prosperous Ahwazi family in the Khuzestan region of southern Iran. The Bawi family is a prominent family in this Arab region. They are proud of their accomplishments and strong family values. 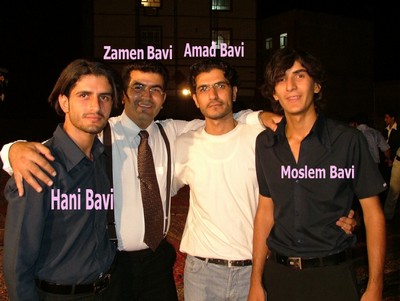 But today, Asad, Mohsen, and Amad Bawi are sentenced to death and the three other brothers are jailed in an Iranian prison.

The Bawi brothers and their cousin were arrested on August 11, 2005, after unrest in the southern Iranian region:

The five Bawi brothers and their cousin Asad Bawi were reportedly arrested on 11 August, and Hajj Salem Bawi later that day when he made enquiries about their whereabouts. It is not known precisely when Mansour Tayouri or Hassan Boughedar were arrested.The Bawi family are prominent in Ahvaz, in the eastern province of Khuzestan, which is home to most of Iran’s Arab minority. Relatives have reportedly claimed that at least three of the detainees have been tortured physically and psychologically.

Six sons of tribal leader Hajj Salem Bawi are currently in custody with three reportedly convicted of “war against Allah” and sentenced to death. The Iranian regime has executed an unknown number of Ahwazis in the past year. Some have “disappeared” after their arrest and their mutilated bodies have been found washed up in the Karoon River. Others have been officially executed, either in prison or in public squares on truck-mounted cranes, after trial by secretive religious courts.

It is not known where or when the Bawi brothers will be executed. Last week, Hajj Salem Bawi wrote an appeal to President Ahmadinejad to spare his sons’ lives. 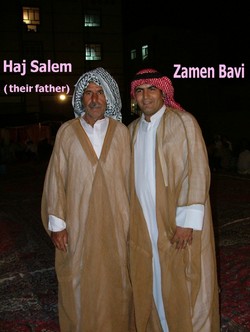 Haj Bawi is pleading with the international community to help save his innocent sons from execution and jail:

Nasser Bani Assad, BAFS spokesman, said: “Two of the Bawi brothers have children, two others are students and all work hard in an expanding family business. The Iranian regime is claiming that these young men are willing to sacrifice their family lives and business and bomb fellow Arabs on the instruction of the British government. It is absurd.

“The regime wants to punish Ahwazi Arabs for daring to raise a voice against oppression and injustice. They have extracted confessions from Ahwazis in their custody using torture. They have set up a kangaroo religious court to try the men without any members of the public, press or their own family present. On the basis of this corrupt and abominable system of ‘justice’, they are prepared to wipe out an entire generation of a law-abiding Arab family.

“If the hard-liners think executions will pacify Ahwazi Arabs, they are very wrong. Ahwazis can only conclude that there is no fair system of justice in Iran and that Arabs cannot run businesses and rescue themselves from the crushing poverty they endure on a daily basis. Further despair and anger will heighten unrest in Al-Ahwaz and in turn give the authorities excuses for stepping up the ethnic cleansing of Ahwazi Arabs from their homeland.” 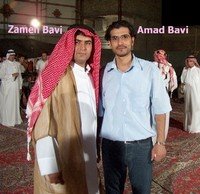 Contact your Congressional Representative and make them aware of the this tragic news from Iran. Please help save these innocent brothers!