On Monday night at 2:00 AM hundreds of supporters from California, Missouri met Marine Lance Cpl. Leon Deraps for his final trip into town.

Loud speakers and a large screen television were positioned outside the church to accommodate the large overflow crowd. 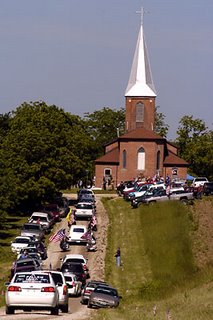 A funeral procession for Lance Cpl. Leon Deraps makes its way to Cedron Catholic Church before the funeral mass for the Marine who died in Iraq on May 6th. (Columbia Tribune) 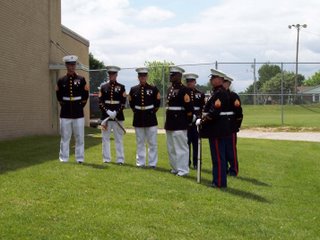 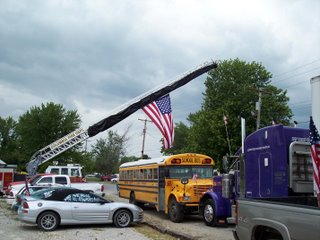 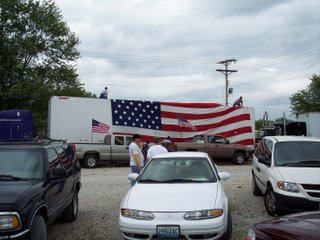 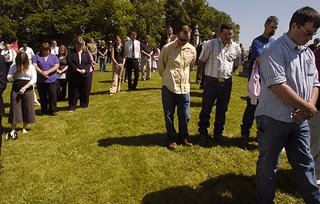 Hundreds of mourners bow their heads in prayer outside Cedron Catholic Church near Jamestown for the funeral mass of Leon Deraps. Loud speakers and a large screen television were positioned outside the church to accommodate the large overflow crowd. (Columbia Tribune) 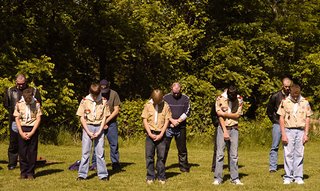 Members Boy Scout troop 120 and members of the Patriot Guard bow their heads in prayer during the funeral mass for former Eagle Scout and Marine Leon Deraps. (Columbia Tribune) 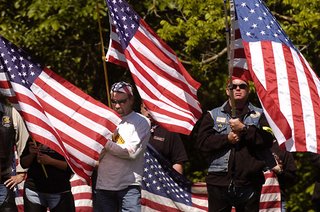 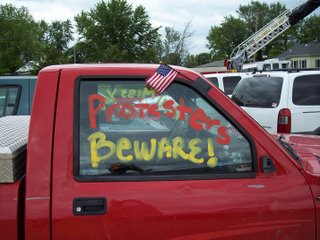 The community did not want to be bothered with drivel. (George Lauer)