Here is the president’s full address from tonight. 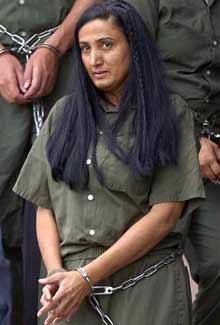 Forty-eight-year-old Farida Goolam Mahomed Ahmed, a Pakistani with South African residency was caught in September 2004 carried a pair of muddy, wet pants in her baggage, about $7,300 in various currencies and a passport with three double-sided pages missing.

For Immediate Release May 15, 2006
ADDRESS TO THE NATION EXCERPTS
As Prepared for Delivery
On the President’s vision for comprehensive immigration reform:

“We are a Nation of laws, and we must enforce our laws. We are also a Nation of immigrants, and we must uphold that tradition, which has strengthened our country in so many ways. These are not contradictory goals – America can be a lawful society and a welcoming society at the same time. We will fix the problems created by illegal immigration, and we will deliver a system that is secure, orderly, and fair.”

“Since I became President, we have increased funding for border security by 66 percent, and expanded the Border Patrol from about 9,000 to 12,000 agents. . . .we have apprehended and sent home about six million people entering America illegally.

“Despite this progress, we do not yet have full control of the border, and I am determined to change that. Tonight I am calling on Congress to provide funding for dramatic improvements in manpower and technology at the border.”

On the Importance of a Temporary Worker Program to relieve pressure on the border:

“The reality is that there are many people on the other side of our border who will do anything to come to America to work and build a better life. They walk across miles of desert in the summer heat, or hide in the back of 18-wheelers to reach our country. This creates enormous pressure on our border that walls and patrols alone will not stop. To secure the border effectively we must reduce the numbers of people trying to sneak across.”

On enforcing our laws:

“. . . we need to hold employers to account for the workers they hire. It is against the law to hire someone who is in this country illegally. Yet businesses often cannot verify the legal status of their employees, because of the widespread problem of document fraud. Therefore, comprehensive immigration reform must include a better system for verifying documents and work eligibility . . .

“A tamper-proof card would help us enforce the law – and leave employers with no excuse for violating it. And by making it harder for illegal immigrants to find work in our country, we would discourage people from crossing the border illegally in the first place.”

On the President’s opposition to amnesty:

“. . . we must face the reality that millions of illegal immigrants are already here. They should not be given an automatic path to citizenship. This is amnesty, and I oppose it. Amnesty would be unfair to those who are here lawfully – and it would invite further waves of illegal immigration.”

“. . . we must honor the great American tradition of the melting pot, which has made us one Nation out of many peoples. The success of our country depends upon helping newcomers assimilate into our society, and embrace our common identity as Americans. Americans are bound together by our shared ideals, an appreciation of our history, respect for the flag we fly, and an ability to speak and write the English language.”

On the tone of the debate:

“We must always remember that real lives will be affected by our debates and decisions, and that every human being has dignity and value no matter what their citizenship papers say.” 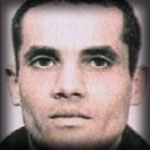 On December 14, 1999, Ahmed Ressam was detained at the U.S./Canadian border when an alert customs agent became suspicious of Ressam’s hesitant answers to her questions. When the trunk of his car was opened, agents discovered a powerful bomb and a plot for a millennium attack on America.

Thankfully, ScrappleFace is there to explain what the White House is thinking:

The White House said moving more National Guard units to the border would shore up the president’s conservative Republican base.

“They always like to see military deployments,” an unnamed White House spokesman said, “and since most members of Congress never visit the border, they won’t realize that our troops are facing north.”

Shrinkwrapped had thoughts earlier on Conservative Fatigue Syndrome. I wonder how this speech tonight will play into that?
It’s good to see The Anchoress back!

Mark Tapscott says that there may be a reason that the speech tonight sounded familiar.