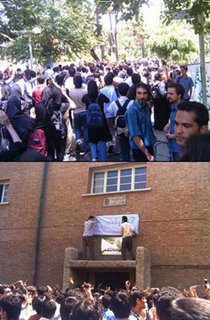 During Tuesday’s protest, students threw stones at the university dean’s office, shattering several windows, after they were prevented from entering the campus by agents of Iran’s State Security Forces (SSF).

The demonstrators then forced their way through the guards into the building where they began chanting anti-government slogans. 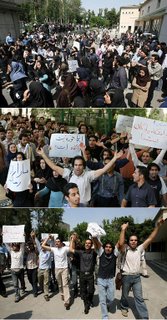 In the Azeri region of Iran on Monday there were violent protests by the Azeri minority over an offensive cockroach cartoon.
Details HERE