But, Pajamas Media is following the story.

The Spirit of Man has several rare photos from protests in Orumiye, northwestern Iran. Winston promises more to come. 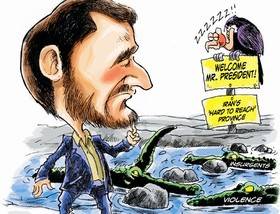 Why some parts of Iran are beyond Ahmadinejad’s reach

The Nazi-Islamic regime in Iran is facing a growing unrest. All around the country Iranians are raising up to overthrow the regime. Will the West help them? Friends in Iran keep telling me that the situation is very difficoult for the regime and it may turn into a democratic revolution against the Islamic system. As a direct response to the protests, the regime increased repression.

The Regime clamped down on the Tehran students late last week.

Iran News just reported that the university students held from the protests last week in Tehran were released today:

An official said university students detained in recent protests at a Tehran dorm complex were freed.

Qamsari, however, did not have the precise number of freed students.

Last week a number of students staged a demonstration, which led to clashes with police forces at the Tehran University dorm complex.

The protest followed earlier incidents in Tabriz, Tehran University and Amir Kabir University of Technology over a controversial cartoon published in the Persian daily ’Iran’, considered offensive by the Turkish-speaking people.

The rumors that the special police were assaulting students in their dorms was apparently true. 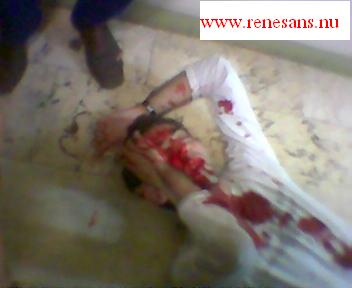 A student apparently got a concussion after the attack of the Iran’s police at the Tehran university dormitory against the students who were chanting “Down with the dictator!”

Knickerbocker News has much more news on the protest situation in Iran including the picture from a Tehran dorm last week.

** Iranian Woman has been reporting on the ongoing protests.
** The Spirit of Man is continually updating.
** Aryamehr has pictures and video clips from the protests last week.