HERE is the 911 call from the Asheville Waffle House after the shooting. 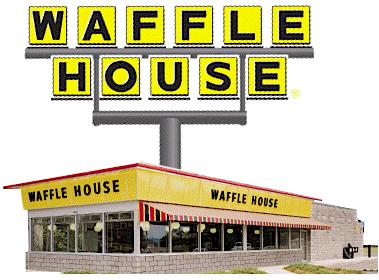 Drudge is reporting…
Police are investigating a shooting incident at an Asheville, North Carolina Waffle House over the weekend that is believed to have been started over a citizenship argument:

Police don’t know whether a confrontation between whites and Hispanics at a West Asheville restaurant over the weekend that culminated in a shot being fired was sparked by the national debate over immigration.

No arrests were made in the 3 a.m. Saturday incident at the Waffle House on Smoky Park Highway, and the investigation is continuing, said Capt. Sarah Benson of the Asheville Police Department.

The two groups were jawing back and forth with each other over citizenship issues and whatnot,” Lt. Wallace Welch said.

According to a police report, the shooting suspect was seated at a table with another Hispanic man and two white women. Whites at two other tables made comments “in reference to the suspect being Hispanic,” Benson said.

The shot shattered a large window at the restaurant. The victim’s arm was bleeding when police arrived, but it’s not known if the injury was cause by a bullet fragment or flying glass. The victim declined medical treatment.

Confederate Yankee has more on this shooting incident.