Todd Ferring climbed into the trash bin behind El Maguey Mexican restaurant in the 1100 block of Duchesne near West Clay in St. Charles. He reached down and pulled up the tiny baby, the placenta and umbilical cord still attached. He assumed the girl was stillborn as he gave her to fellow emergency medical technician Matt Schafer.

That’s when the men saw her take a breath, then utter a faint cry.

Paramedics were shocked to find the baby alive! 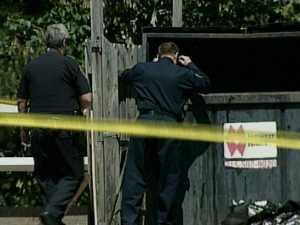 St. Charles, Missouri police have confirmed that a newborn girl was found in a dumpster in St. Charles.

The girl was found in a dumpster at West Clay and S. Duschene Drive, next to an El Maguey restaurant.

The girl was found alive, and appears to be 30 weeks along in gestation, and is in critical condition. Full-term for newborns is considered to be 40 weeks.

A nurse at a hospital called police to tell them there may be a baby in the dumpster. Police and paramedics rushed to the scene. There, they found the girl alive.

Schafer was handed the baby by his partner, Todd Ferring, who had climbed into the dumpster to find the infant. Both were surprised by what they found. “It wasn’t at all what we thought we were going to,” said Ferring. “We were told it was a miscarriage. We weren’t expecting a child with ten fingers and ten toes.”