** Outrageous News from Poland about a US State Dept. funded program! **

US Department of State with Aspen Institute and 6 US universities organized The Edward R. Murrow Journalism Fellows Program– a partnership among the Bureau of Educational and Cultural Affairs, the Aspen Institute and six American universities. Theprogram will invite 100 international media professionals to spend time at leading journalism schools in the United States, honing their skills, sharing ideas and gaining firsthand understanding of American society and democratic institutions.

The Edward R. Murrow program will culminate in April 2006 with an international symposium for the fellows and other journalists to be organized by the Aspen Institute, through its Communications and Society Program.

Only two journalists from Poland were invited to the program. One of them is Marek Kubicki who is in USA. His trip was paid by US taxpayers. He uses this time very effectively. He is the administrator of Polish website about the Middle East and is a “fierce enemy” of US.

Marek is writing and sending “nice” articles to Poland about his learnings at the program.

Here are a couple titles of his articles: 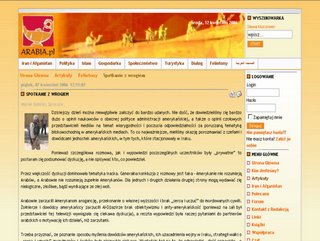 Title of this post, “Meeting with the Enemy” (spotkanie z wrogiem in polish).
Of course the author met with Americans who he calls the “enemy” in his post… In the last sentence he describes his feelings “I won’t change my attitiude about Americans but this study gives me an opportunity to understand them better.”

Another title…”Americans- the New Crusaders” 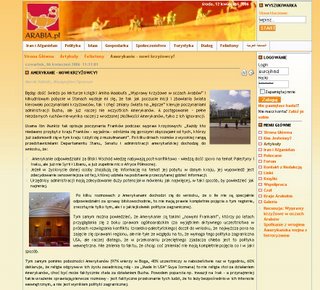 It reads, “Are the Americans modern crusaders?”

This post describes a meeting with a US (State?) Department official. The interview was on April 7, 2006 but Eurojihad is not certain who the man is in the picture. Whoever it is, Marek Kubici calls the man “stupid and arrogant”! He concludes “Thanks for such meetings with such people, I could even start to like Americans.” Marek is one of two authors on arabia.pl. 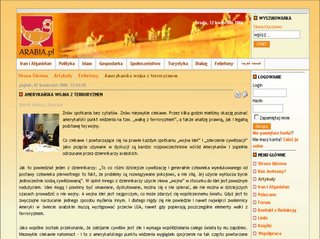 The site below is a Polish antiwar site. This terrorist website “Albasrah” is regularly provided links by Iraq.pl. 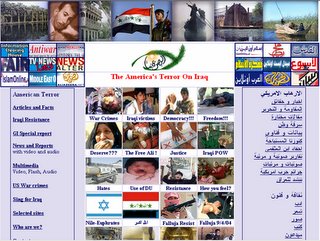 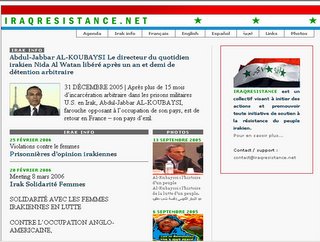 Marek supported Irak.pl. which is webpage of Polish antiwar society. You can read their title “Irak – Polska – Inicjatywa stop wojnie” which means “iraq – poland. Polish “stop war” group”. You can read on this webpage that this is a “stop war” team and that Marek Kubicki is within Stop War coordination committee (this is something like executive board of polish stop war organization/society). Irak.pl is website of polish stop war movement and stop war organization. Links to terrorist websites are available there.

Since Poland is one of staunchest US supporters and friends in Europe, Alex at Eurojihad wonders how the US made such a mistake and chose Marek who is an enemy to the US??

Eurojihad wants to know, if the US could only choose two journalists from one of its best allies in Europe, why did they choose a US-hater?

(In respect to Eurojihad, there are no links to the sites involved at this time so they are not tipped off.)