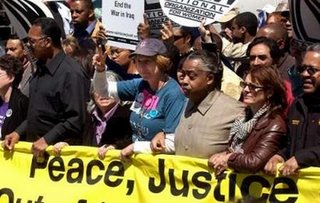 Powerline and Joe’s Dartblog point out a link to this poignant question by Dilbert’s creator, Scott Adams:

I don’t understand the theory that we attacked Iraq for oil. Can one of you geniuses explain that to the rest of us?

I like a good conspiracy theory as much as the next person. And I certainly think governments are capable of doing bad things. But I don’t understand the concept of attacking Iraq “because of oil.” What does that even mean?

Do you think the plan was to conquer Iraq and give the oil fields to Exxon?

Do you think the idea was to depose Sadam so the free Iraqis would boost oil production, thereby lowering costs at the pump?

Was the idea to bomb Iraq until they loved American oil companies and wanted to do business with them?

Seriously. Can anyone explain what the plan was?

That is just priceless!