Modern Times
On the US pullout from Vietnam
Paul Johnson 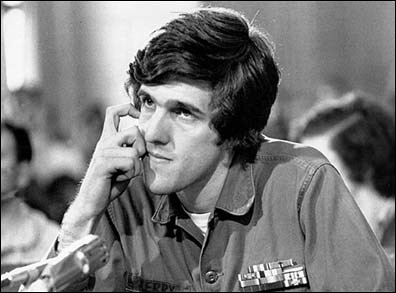 John Kerry has settled back into a solid anti-war stance, this week. After years of flip flopping on support for this Iraq War, the troops, and America, this new face/old face suits the liberal Democratic Senator from Massachusetts well. Here is how JFK describes his slander against the country 35 years ago in an op-ed this week:

Thirty-five years later, in another war gone off course, I see history repeating itself. It is both a right and an obligation for Americans today to disagree with a president who is wrong, a policy that is wrong, and a course in Iraq that weakens the nation. Again, we must refuse to sit quietly and watch our troops sacrificed for a policy that isn’t working while Americans who dissent and ask tough questions are branded unpatriotic.

Just as it was in 1971, it is again right to make clear that the best way to support the troops is to oppose a course that squanders their lives, dishonors their sacrifice, and disserves the American people and our principles… 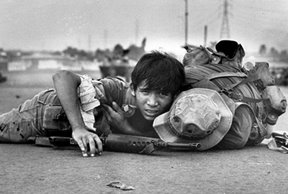 On a bridge in Saigon two days before the city fell to the Communists, a South Vietnamese soldier hangs on to a wounded comrade during an enemy attack April 28. (UPI/Corbis­Bettmann)

…We have even heard accusations that this dissent gives aid and comfort to the enemy. That line of attack is shameful, especially coming from those who have never worn the uniform. 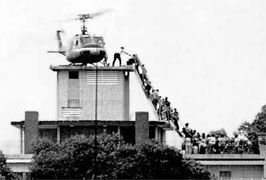 …I still believe as strongly as I did 35 years ago that the most important way to support our troops is to tell the truth. Patriotism does not belong to those who defend a president’s position — it belongs to those who defend our country, in battle and in dissent. That is a lesson of Vietnam worth remembering today.

Here’s a news update for the anti-war senator… Iraq selected its Prime Minister designate this week. The top general in Iraq today said that the US would be able to withdraw troops as scheduled by approximately 30,000 by the end of this year.

Neo-Neocon has a terrific piece on the silence of the Left after the withdrawal of US troops from Vietnam. She ends with this segment from the Dick Cavett Show back on June 30, 1971, in the debate between John Kerry and John O’Neill:

MR. CAVETT: No one has said that there’ll be a bloodbath if we pull out, which is a cliche we used to hear a lot. Does either of you still think there would be a –

MR. O’NEILL: I think if we pull out prematurely before a viable South Vietnamese government is established, that the record of the North Vietnamese in the past and the record of the Viet Cong in the area I served in at Operation [unintelligible] clearly indicates that’s precisely what would happen in that country.

MR. O’NEILL: I’d say that their record at Thua, at Daq Son [phonetic spelling], at a lot of other places, pretty clearly indicate that’s precisely what would happen. Obviously, in Thua, we’ve discovered, how many, 5,700 graves so far, at Daq Son four or five hundred. 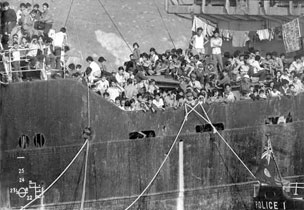 Picture from My Childhood

MR. KERRY: The true fact of the matter is, Dick, that there’s absolutely no guarantee that there would be a bloodbath. There’s no guarantee that there wouldn’t. One has to, obviously, conjecture on this. However, I think the arguments clearly indicate that there probably wouldn’t be. First of all, if you read back historically, in 1950 the French made statements – there was a speech made by, I think it was General LeClerc, that if they pulled out, France pulled out, then there would be a bloodbath. That wasn’t a bloodbath. The same for Algeria. There hasn’t been. I think that it’s really kind of a baiting argument. There is no interest on the part of the North Vietnamese to try to massacre the people once people have agreed to withdraw. 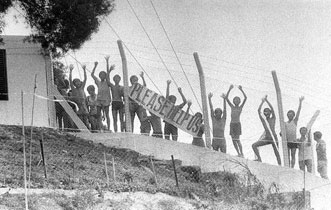 And, don’t forget the other useful idiots in Hollywood celebrating the Academy Awards as South Vietnam fell:

As a struggling country many Americans had paid blood and tears to try to preserve was disappearing beneath a North Vietnamese tank onslaught, Bert Schneider pulled out a telegram from our enemy, the Vietnamese Communist delegation in Paris, and read aloud its congratulations to his film at the Academy Awards in 1975. Without hesitating, Hollywood’s most powerful people rewarded Schneider’s reading of the telegram with a standing ovation.

John Kerry’s actions caused the deaths of hundreds of thousands in the 1970’s. He has yet to apologize.