A few thoughts on 2005 and Hollywood… 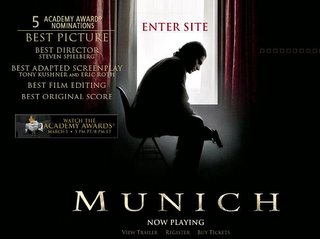 In kindergarten I learned that you need to be nice to others.
Hollywood taught me this year the reasons you may want to blow someone up on a bus.

Although, Spielberg likes to call his film “a call for peace”, the mastermind behind the bloody Munich terrorist attacks says he doesn’t regret it and further that “Whether a pianist or an athlete, any Israeli is a soldier.”

That is a mighty strange “call to peace.” 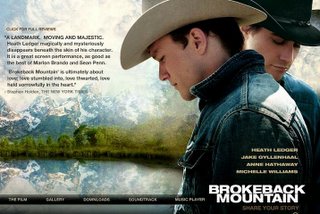 But, be careful if you’re a gay cowboy/sheepherder in Texas,… rednecks will drag you to a ditch and beat you to death with a tire iron.

And, if you’re a gay cowboy/sheepherder in Wyoming,… it’s even worse! 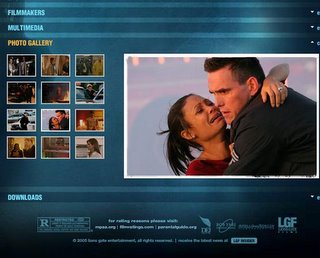 Before kindergarten I learned that fire will burn you and it hurts.
Hollywood taught me this year that if you are in a burning car that is about ready to explode, you may want to turn down the racist white man who crawled underneath to help you.

Speaking of “Crash”… it looks like the Oscar ratings were down 10% from 2005, the second lowest ratings in the books.