The investigation began after residents of a government-subsidized housing complex said they were approached by a supporter of one of the candidates and offered cigarettes, liquor and in one case a bag of fried pork skins for their votes.! 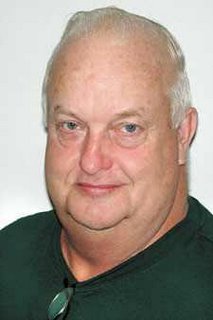 Ben Cooper was re-elected into office in May 2004.

Over one thousand felony accounts were handed out against the 14 individuals:

Fourteen individuals, including the mayor/town manager of Appalachia, a town councilman, and two law enforcement officials, were indicted by a Wise County grand jury on multiple counts stemming from an alleged conspiracy to conduct election fraud during the 2004 town elections.

The investigation into allegations of voter fraud evolved from early reports of attempted vote buying before town elections that reportedly involved items like bags of pork rinds, packs of cigarettes, and six-packs of beer.

The grand jury handed down a total of nearly 1,000 felony counts leveled against the 14 individuals on 269 alleged violations of law ranging from conspiracy, to tampering with absentee ballots, to forgery, to illegal seizure of private property by law enforcement officials for their own personal use. Drug trafficking by some individuals has also been alleged.

Also today, Texas Rainmaker found that of the 13 members of Congress who have been sent to jail since 1976, 11 have been democrat.