On the eve of the Iraq War…

Newly released documents suggest further links between Saddam Hussein and Al Qaeda. The documents also show that the “on the eve of the Iraq War” the Russian Ambassador to Iraq, tipped Saddam off to US plans of attack:

A Russian ambassador may have leaked U.S. war plans to the Saddam Hussein government on the eve of attack, recently released Iraqi documents say.

It is one of five documents dealing with Saddam, Osama bin Laden and others reported by ABC News. One document says Saddam personally approved substantive talks with bin Laden in 1995 that explored a possible operational relationship.

Two reports from March 2003 and addressed to a Saddam secretary, describe details of the U.S.-led invasion, reportedly disclosed by the Russian ambassador. One covered troop size and armament, the other the invasion route. 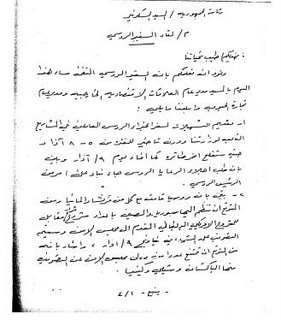 Two documents dated March 2003, on the eve of the U.S.-led invasion, and summarized by the ABC News Investigative Unit, described details of the U.S. military plan. The first document is a handwritten account of a meeting with the Russian ambassador Vladimir Teterenko and details his description of the composition, size, location and type of U.S. military forces arrayed in the Gulf and Jordan. The document includes the exact numbers of tanks, armored vehicles, different types of aircraft, missiles, helicopters, aircraft carriers, and other forces and also their exact locations. The ambassador also described the positions of two Special Forces units, ABC reported.

The second document is a typed account, signed by Deputy Foreign Minister Hammam Abdel Khaleq, which states that Teterenko told the Iraqis that the United States was planning to deploy its force into Iraq from Basra in the South and up the Euphrates, and would avoid entering major cities on the way to Baghdad, which is, in fact what happened. The documents also state “Americans are also planning on taking control of the oil fields in Kirkuk.” The information was obtained by the Russians from “sources at U.S. Central Command in Doha, Qatar,” according to the document.

This document also includes an account of an incident in which several Iraqi Army officers (presumably seeking further elaboration of the U.S. war plans) contacted the Russian Embassy in Baghdad and stated that the ambassador was their source. This caused great embarrassment to Teterenko, and the officers were instructed “not to mention the ambassador again in that context.”

Teterenko is mentioned in documents released by the Volker Commission, which investigated the Oil for Food scandal, as receiving allocations of 3 million barrels of oil — worth roughly $1.5 million.

The Volker report accused the Russian Ambassador last year of recieving bribes from Saddam Hussein in the Oil for Food scandal:

In that time the members of the sub-committee stated that they found the connections between the Russian companies and illegal dealings within the Oil-for-Food program.

The Senate investigators were able to put the hand on the letters signed by Zhirinovsky, where there was a discussion of oil purchase issues, and the documents of Iraqi Oil Ministry, where it said that leader of LDPR and his party are getting vouchers for the sale of the oil. In 1997 Zhirinovsky wrote a letter to Iraqi Ambassador in Russia, where he said that his party is firmly against the UN economic sanctions, and he promised to use all his political influence to persuade the Duma to widen the economical cooperation with Iraq, including the requests of the contracts in the program Oil-for-Food. American Senators think that this zeal brought Zhirinovsky $8.7 million.

The Pentagon has now released an assessment on the Iraqi-Russian memos. It does seem strange that the AP would include this bit at the end of a story about Russia giving our enemy our military secrets the eve of the Iraq War:

While Saddam disastrously miscalculated, the U.S. military also erred in areas beyond the well-known failure to realize that the Baghdad regime had no weapons of mass destruction, according to the 210-page report.

Update: (Friday, 7:00 PM) Irish Pennants has more on how ABC did not properly report the contents of one of the Saddam tapes.
Hat Tip Terry Harris