Blue Crab Boulevard has more thoughts on Yale’s “ignore the issue and it will go away” policy over the admission of Sayed Rahmatullah Hashemi of Taliban fame. Blue Crab also includes this sad Afghani story produced by Kevin Sites of “Gulsoma the child bride” who was married at age three or four after her mother gave her up during the Taliban years in Afghanistan. 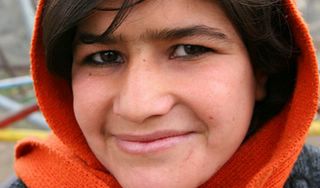 “When I was three years old my father died, and after a year my mother married again, but her second husband didn’t want me,” says Gulsoma. “So my mother gave me away in a promise of marriage to our neighbor’s oldest son, who was thirty.”

“They had a ceremony in which I was placed on a horse [which is traditional in Afghanistan] and given to the man.”

Because she was still a child, the marriage was not expected to be sexually consummated. But within a year, Gulsoma learned that so much else would be required of her that she would become a virtual slave in the household. 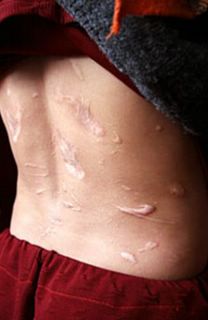 “They beat me with electric wires,” she says, “mostly on the legs. My father-in-law told his other children to do it that way so the injuries would be hidden. He said to them, ‘break her bones, but don’t hit her on the face.’” 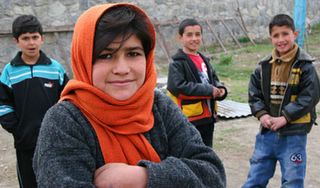 Gulsoma said when her father-in-law finally let her out of the shed, he bound her hands behind her back and beat her unconscious. She says he revived her by pouring a tea thermos filling with scalding water over her head and her back.

“It was so painful,” she says, dabbing her eyes with her scarf and sniffling for a moment. “I was crying and screaming the entire time.”

She says she believes there are other girls like her in Kandahar, maybe elsewhere in Afghanistan, and that she wants to study human rights and one day go back to help them.

Blue Crab Boulevard has more on this brave young girl’s story and a few words for Admissions team at Yale:

Yale appears to be unable to understand what true evil is. Let me give you a hint: Recruiters for the US military are not evil. The Taliban are. Admitting an unrepentant former spokesman for the Taliban is to tolerate and enable the kind of evil this story tells of. Civilized people do not harbor someone from a regime that tolerated this kind of behavior. Civilized people condemn the actions AND the people who defended the actions.