Jyllands-Postens revealed today that a French TV Station France-2 has undercover video of the Danish Cartoon Faking Imams threatening to blow up a Moderate Danish Muslim politician and the Ministry!

Ahmed Akkari the lying Imam behind the Danish cartoon riots, and accused child abuser, is currently out of the country at a Islamic gathering in Bahrain on Western attitudes towards Islam. 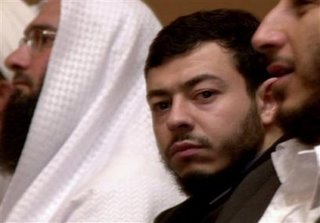 Ahmed Akkari, a Danish member of the European Committee for Honouring of the Prophet, center, looks on during the International Conference for Supporting the Prophet being held in Manama, Bahrain, on Wednesday, March 22, 2006. The gathering of Muslim scholars from the Americas, Europe, Asia and the Middle East discussed Western attitudes toward Islam and a Danish cartoon that provoked violent protests worldwide. Akkari is the spokesman for a Muslim committee from Denmark that took up the cartoon case. (AP Photo/Hasan Jamali)

Sugiero translated this shocking news from the Danish Jyllands-Posten website:

In a central segment of this document it is shown how Iman Ahmed Akkari indirectly threatens the leader of Demokratiske Muslimer Naser Khader. It is proposed that he ought to be killed if he joins the government.

“If he becomes Foreign or Immigration Minister, one should send a couple of guys to blow up both him and the ministry”, says the spokesman for the imams who travelled to the Middle East.

This discharge was stated in arabic with a smile, while the muslim and arabic-speaking journalist Mohamed Sifaoui was sitting in the backseat of the car. Sifaoui is the producer of this program.

But Akkari did not know he was being filmed. Sifaoui wondered whether his statment was ironic or not…

** Sugiero has more on this development including the response from Danish officials. **

Agora is also reporting the story and will be posting updates.
Agora has reaction from Danish politicians about Akkari’s threats including this from Helge Adam Møller, Chairman of Conservatives:

“We have long known that Ahmed Akkari speaks with a forked tongue, but that one of its forks is so poisonous is, after all, a surprise to me.”

If you speak Danish, HERE is a video clip on the story from DR1 News. 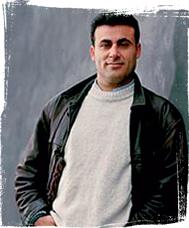 Maybe, that is because the UN special rapporteur Doudou Diéne calls Danes racists and xenophobes!

Adhmad Akkari, spokesman of the Danish Muslim organizations which distributed the drawings, still refuses to reveal the source of his fake cartoons that were displayed on his Middle East tours.

Also in the Jyllands-Posten news… Despite the recent setbacks caused by the cartoon controversy, the Danish economy is the best in Europe at creating jobs and growth:

Denmark’s economy is the best in Europe at creating jobs and growth, according to a report from the Centre for European Reform, A London-based think tank devoted to improving the quality of the debate on the future of the European Union.
The centre’s report makes it likely that all ears will be on the prime minister, Anders Fogh Rasmussen, when he speaks about the Danish flexicurity model on Thursday at the EU economic summit in Brussels to discuss.

“The flexible Danish labour market, in which it is easy to fire and hire, combined with a high level of social security make Denmark a role model for other EU countries,” concluded report author Aurore Wanlin.

Update: Sugiero says that the Copenhagen Police Department will investigate the death-threats. This story is getting a huge amount of press in Denmark today.